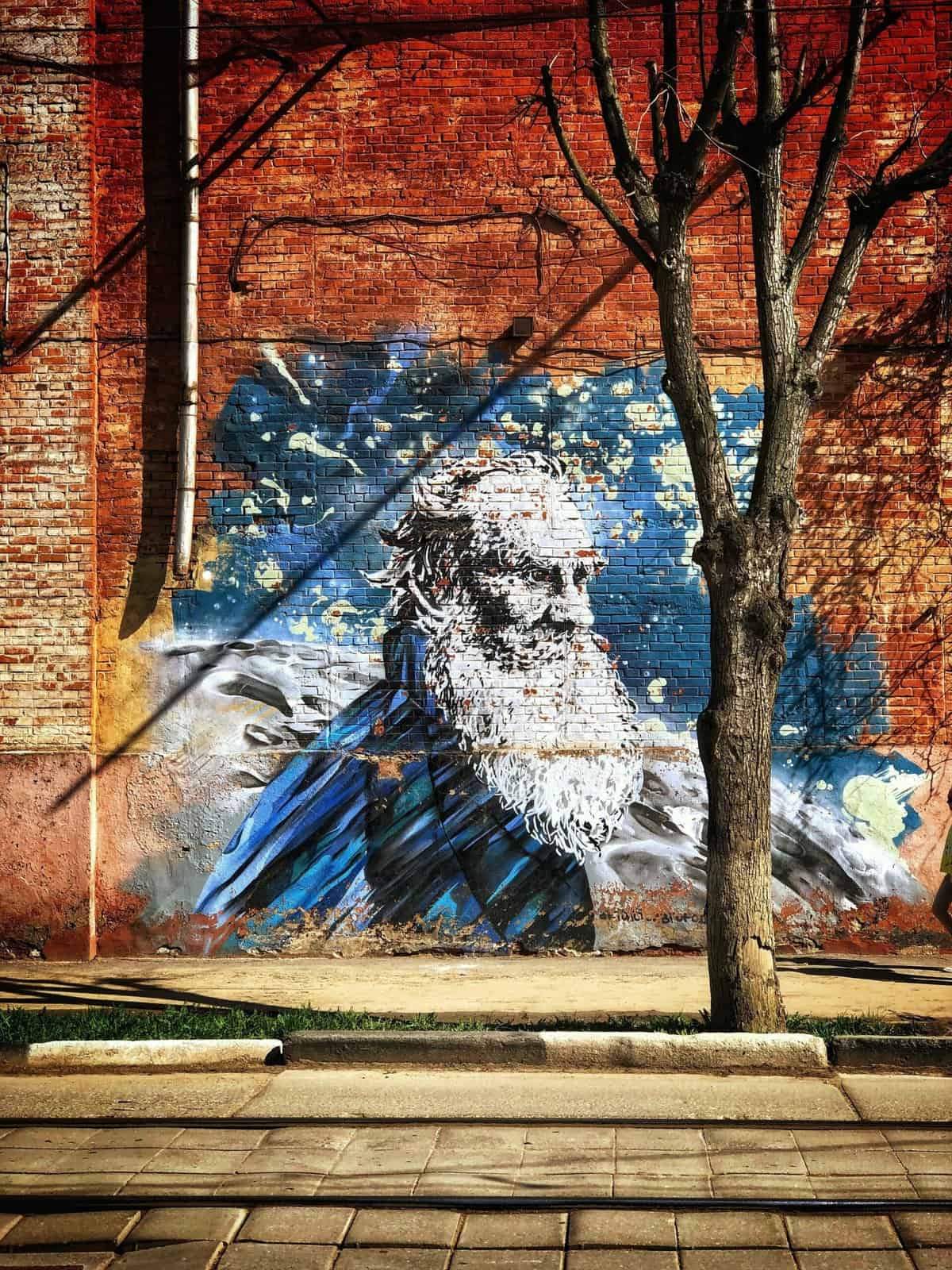 Photo by Anton on Unsplash
A quick note that some of my posts contain affiliate links. When you buy through these links, I may earn a commission.

“The misery of nations is caused not by particular persons, but by the particular order of Society under which the people are so bound up together that they find themselves all in the power of a few men, or more often in the power of one single man: a man so perverted by his unnatural position as arbiter of the fate and lives of millions, that he is always in an unhealthy state, and always suffers more or less from a mania of self-aggrandizement.”

From Tolstoy’s pacifist writings, “Thou Shalt Not Kill”, added to this post in 2022 in light of today’s Russian war against Ukraine.

If you tell someone that you’re reading War and Peace by Leo Tolstoy, you tend to get a reaction. People are impressed by it: the book is renowned as being very long and, generally, very difficult. People tend to praise your efforts, but at the same time refrain from envying your reading choice.

I find it a shame when people tell me this. I wish I could reply, “no, you’re missing out on one of the best books ever written!” There’s a reason why writers such as Nabokov and Proust regarded Tolstoy as a favourite author. So why should you read War and Peace?

Yes, at roughly 1300 pages it is a long book. But the first time I read the Anthony Briggs translation, I was shocked at how quickly I got through it. On my second reading in 2013, I finished it in twelve days. I struggled intensely with Cloud Atlas, but I seemed to fly through War and Peace.

To make it easier to read, check my guide to reading War and Peace (and what to know before you start). And for reasons why I read it – and why you should give it a chance – read on…

Some of the reasons to read War and Peace

The truly incredible writing. I frequently find myself thinking “God, this is good!” when reading Tolstoy.

The intricate portrayal of characters and their connections. The characters’ lives weave and separate, and they reflect on each other’s situations in such a clever way.

The love stories. Some of my favourite literary matches are in War and Peace.

The great explorations of life and death. Read the book and savour its words. “A sense of remoteness from all earthy things, and a strangely joyful lightness of being…”

Pierre Bezukhov is a truly remarkable character, and one in which I can see so many aspects of myself. His transformation is great to follow. Pierre learns that “man was created for happiness, and happiness lies within”, and goes on to state that as there is “a limit to suffering and a limit to freedom”, “there is nothing in the world to be frightened of”. This latter phrase means the most to me – it helps me realise that my anxiety is entirely meaningless and trivial.

It demonstrates a true passion for living.

You learn a bit about history. Napoleon is described from so many perspectives, and you can experience the historical context for yourself from a really great angle.

Tolstoy was a fascinating yet very flawed man. He first visited a brothel at fourteen, was watched by the Russian secret police, and had a game with his brother that involved standing in a corner and not thinking of “anything white” for thirty minutes. What more can I say? If you’d like to learn more about him, you might like The Last Station film about his life.

The characters are never static, but constantly developing. We see how they grow and change because of events, feelings, and other characters.

Tolstoy manages to put everything into the grander scheme of things, and you find yourself appreciating life rather than worrying without reason. As one of my favourite quotes reads, “Yes! It’s all vanity, it’s all an illusion, everything except that infinite sky!”

Characters lift each other from depression with their own joie de vivre. Happiness is presented as contagious, and it’s remarkable to see how characters regain their love of life because of others.

“Here I am alive, and it’s not my fault, so I have to try and get by as best I can without hurting anybody until death takes over.”

I’ve learned so much from War and Peace. It became an antidote to the anxiety I had been suffering from for years. I first read it when I was fifteen, and it wouldn’t be inaccurate to say that it changed my life.

If you want to try reading it, check my guide to reading War and Peace in the most laid-back, low-struggle way. You might also like my comparison of the best translations of War and Peace.

My favourite translation is by Anthony Briggs, which is published by Penguin and available as a paperback, audiobook, or this beautiful clothbound hardcover: