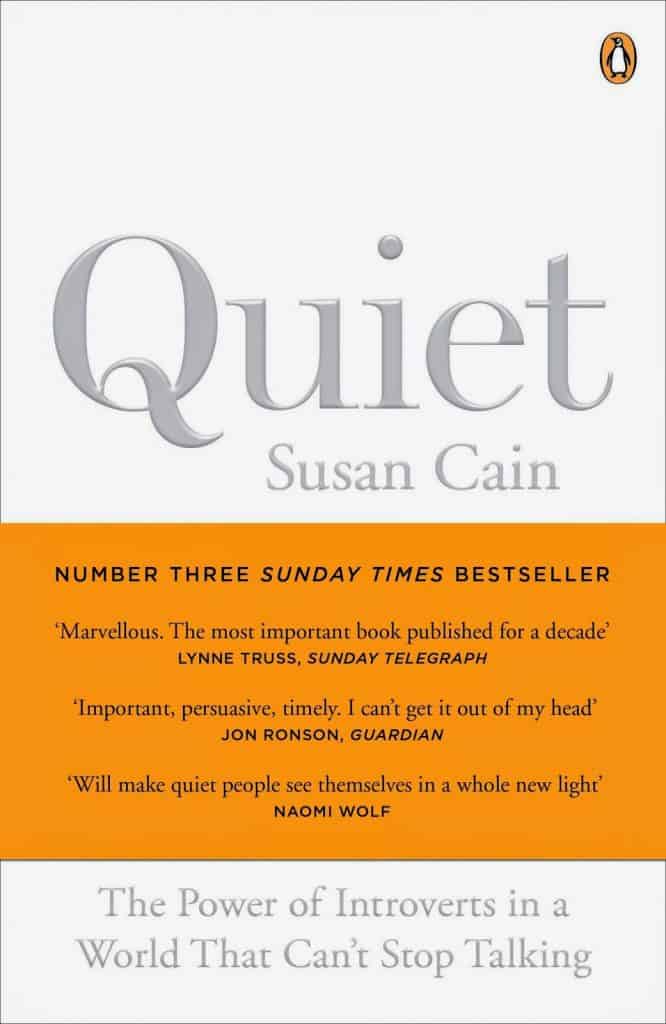 As an introvert who has been diagnosed with social anxiety disorder, I could really relate to “Quiet: The Power of Introverts in a World That Can’t Stop Talking“. It’s written by Susan Cain, a lovely lady who I briefly discussed in my “Five TED Talks for Social Anxiety” post.

Cain explores the difference between introverts and extroverts in such an engaging, highly-researched and personal way, and I certainly learned a lot. Cain describes the innate talents of introverts, the ideal way of nurturing and educating them, and the problematic extrovert ideal in our society.

The book seems so connected to the author’s identity, and it’s clear how much time and energy she put into it. Perhaps this is due to her introversion – it often determines a greater likelihood of thinking projects through, working creatively, and considering the best way to project research.

Rosa Parks: An Introvert to Admire

I enjoyed the stories, anecdotes and memories included in Quiet. Cain frequently alludes to strong-willed yet stereotypically shy women, such as Eleanor Roosevelt and Rosa Parks. Cain tells a story about Rosa Parks, the admirable civil rights activist, that particularly struck me. I’d never heard it before, but it added so much to my view of her. In 1943, a decade prior to the event she is most famous for (when she refused to give up her seat for a white passenger), Parks boarded a Montgomery bus through the front door.

At the time, this was a completely forbidden act for an African-American. The bus driver, James F. Blake, insisted that Parks, who had already paid, exit the bus and re-enter through the other door. In response, Parks intentionally dropped her purse and sat down in a whites-only seat to pick it up. In order to stave off an expected violent response, Parks exited, but the bus departed before she re-entered.  Parks had battled with the driver and the driver had won, at the expense of Parks’ dignity.

Parks vowed to never again ride a bus driven by James F. Blake, and she often waited for a subsequent bus in order to avoid facing him. However, on December 1 1955, she boarded the bus without paying attention to who was behind the wheel. So when Blake ordered her to cede her seat to a white traveller, he also resurrected the memory of a transgression a dozen years prior — and Parks, historically, stood her ground against a nemesis from her past. Despite her introverted character, Rosa Parks stood up to him, and helped change the path of American history.

My Experience of Introversion and Social Anxiety Disorder

If I had the opportunity and the reasoning, there are some people from my past that I’d like to stand up to. For one, I’d confront a despised science teacher that I had during my A Levels. she would wear six-inch heels and short, revealing dresses on a daily basis, and inevitably she was the highlight of the average male student’s day. I couldn’t bear her. Her lessons consisted of extroverted activities such as group work, and practical learning; all things that I found so challenging, especially in a learning environment.

An example of her greatly innovative ideas was “speed-dating”. I hope that you’ve never experienced this, at least not in a classroom environment. The class would divide into two parallel lines, standing facing each other, and you would have to exchange a piece of information that you’d learned about a topic with the student standing opposite you. Then one line would move along, and you’d repeat the exercise with countless other students before a class discussion (or interrogation) would take place. I’m sure that she hated me as much as I despised her, as evident in how she’d boom across the classroom, “Have you all discussed? THAT INCLUDES YOU LUCY”.

I can’t remember how many times I cried either during or after her lessons (and yes, embarrassingly I was about seventeen years old). As I couldn’t learn anything from her teaching style, I dedicated time every morning to teaching myself in a quiet, simple, and reflective way that suited me. And funnily enough, I received 96% in the exam: the highest grade that a student she taught earned that year. Perhaps that, and dropping her classes shortly after, was revenge enough for how she belittled me.

I sincerely hope that Cain’s work helps trigger the rise of introvert-friendly schooling and work environments. If this does not happen, the future Steve Wozniaks and Theodor Seuss Geisels (Dr. Seuss) of this world may never surface.

Science, culture and technology, among many other sectors, may well stagnate if introverts cannot develop in a way suited to them. This, as opposed to an increasing number of “fake extroverts” in the world, would be so beneficial to our society.

And also, the modern Rosa Parks of our era must never feel that she, or he, cannot speak out: being a more quiet, sensitive type does in no way prevent speaking out, or acting, for both the greater good and a common cause. If you’re an introvert too, please remember this. Also, hello extrovert readers – I hope you don’t feel ignored!

You can buy Quiet on The Book Depository.

Brooklyn by Colm Tóibín: A Novel About Transforming Ourselves That's Inspired by Austen
Taking inventory of your life after loss and heartbreak with Poorna Bell's In Search of Silence
Sit and be peaceful with Silence: In the Age of Noise by Erling Kagge