One of my favourite books of 2016 was Tools of Titans: The Tactics, Routines, and Habits of Billionaires, Icons, and World-Class Performers

by Tim Ferriss. It was also one of the longest I read last year, at 704 pages for the hardcover.
The title of the book is intriguing, and it delivers too. The content is heavily based on the Tim Ferriss Podcast – which includes interviews with some of the most interesting and accomplished people out there – but it also dives deeper into the tactics, routines, and habits that have brought them such brilliant results.
As expected, some things come up again and again. Meditation, morning rituals and setting aside time for pondering were oft-cited as secrets of success, but it was something lesser-mentioned that intrigued me most: stargazing as therapy. 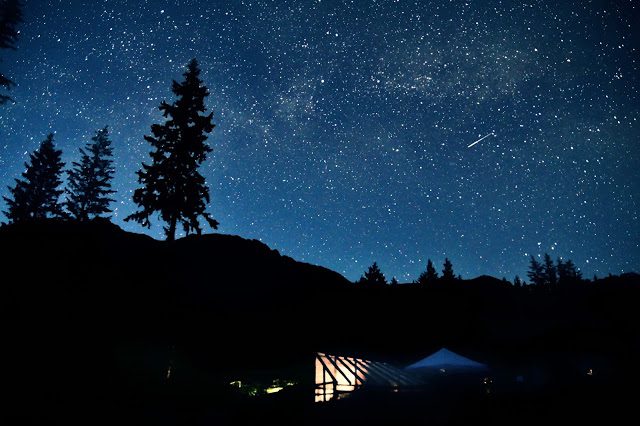 Yes, we’ve all looked up at the stars before. And calling it therapy could seem silly. But it’s something that I appreciated being reminded of. It’s so easy to forget about the stars.

I feel very lucky to have my walk home from work. When it gets dark early in winter, I have the privilege of an unspoilt nighttime panorama with Orion above me.

After reading Tools of Titans, I now pay a bit more attention. I try to sit out on my balcony at night more often, or just look out the window after turning the lights off. I sit, admire, and ponder. It’s my nightly free therapy session. Sometimes I need a reminder to do it and pay proper attention, but when I do, it’s absolutely worth it.

As BJ Miller says in Tools of Titans:

When you are struggling with just about anything, look up. Just ponder the night sky for a minute and realize that we’re all on the same planet at the same time. As far as we can tell, we’re the only planet with life like ours on it anywhere nearby. Then you start looking at the stars, and you realize that the light hitting your eye is ancient, [some of the] stars that you’re seeing, they no longer exist by the time that the light gets to you.

“Just mulling the bare-naked facts of the cosmos is enough to thrill me, awe me, freak me out, and kind of put all my neurotic anxieties in their proper place. A lot of people—when you’re standing at the edge of your horizon, at death’s door, you can be much more in tune with the cosmos.”

Ed Cooke, the Memory Champion and Co-founder of Memrise (who I’ve been so impressed by for years), shares something similar in Tools of Titans

I’d just think, ‘Oh, everything feels terrible and awful. It’s all gone to shit.’ Then I’d [consider], ‘But if you think about it, the stars are really far away,’ then you try to imagine the world from the stars. Then you sort of zoom in and you’re like, ‘Oh, there’s this tiny little character there for a fragment of time worrying about X.’

Looking up at the stars and thinking about our place in the cosmos doesn’t come with a price tag. If you can see the sky it’s accessible, and you don’t need to do anything to turn the stars on. You don’t even need to travel. All you need is a clear enough day and the motivation to go or look outside.

Like Tim Ferriss says, “The effects are disproportionate to the effort”. The stars are one of nature’s finest beauties and they’re just out there waiting for us to admire them.

How to make your head the best possible place to spend time in (featuring Stoicism, Sherlock, and mi...
"Life – her life – depended on self-discipline": Reading Elephant Moon by John Sweeney to rediscover...
A perfect book about life, loss, and the mountains: A Whole Life by Robert Seethaler
Taking inventory of your life after loss and heartbreak with Poorna Bell's In Search of Silence
On retreating into galleries, museums and the beauty of art (with help from Donna Tartt's The Goldfi...
Levin on The Joy of Retreating into Nature (Reasons to Read Anna Karenina, Part II)
The power of a sunset: how Viktor Frankl & Tolstoy’s Pierre Bezukhov are lifted from hardship by the...
On living like Thoreau (or creating your modern version of Walden)
7 books like Circe about nature, myth, and foraging
12 calming books to help you take a deep breath and relax

Living and hiking the literary heritage of Tolkien in the Swiss Alps View Post
Books for Living: a reader's guide to life by Will Schwalbe - a reminder to slow down and savour life View Post
Lucy 2017-01-01T18:11:00+00:00