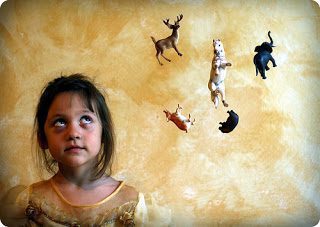 No retreat offers someone more quiet and relaxation than into his own mind, especially if he can dip into thoughts there which put him at immediate and complete ease. ~Marcus Aurelius

Last week in The Guardian, Tracy Chevalier wrote about the power of silence and its influence on her latest novel, The Last Runaway. As a quiet person myself (I have written before on my introversion), I quickly found myself flicking to this page of the newspaper. Not only do I prefer to listen rather than speak, but people also used to ask me whether I actually could speak (clearly I took silence to the extreme).

Although my quiet nature has been the result of social anxiety (in the past) and an introverted nature, I believe that silence has many benefits.  I think that some authors would agree with me on this.

In her article, Chevalier writes,

When I sit in [Quaker] Meeting, I am constantly chasing away thoughts, which are made up of words. Ideally, when I manage to hold thoughts at bay, I enter into a state that I cannot describe. This is true as well when writing about silence. It is so difficult to express that I grab at metaphors, or phrases Quakers have developed over the centuries to explain what they are seeking: the silence “gathering and thickening”, members of the Meeting “sinking down”, “waiting in expectation” for the “Inner Light” or the “Inner Spirit”. I have Honor Bright say all of these things, but I’m not sure I have really got it.
The best I can hope is that my imprecise attempt to describe silence will pique readers’ curiosity into seeking it out for themselves. It is worth quieting the mind for.

Reading The Last Runaway did pique my curiosity of silence. Honor Bright becomes strong by being quiet, and I found myself admiring her for it.

Similarly, in one of my favourite novels, The House of the Spirits by Isabel Allende, female characters turn to writing notebooks and creating stories in their heads in times of hardship. Whilst the male characters of the novel are powerful enough to lead revolutions that topple governments, these revolutions are short-lived.

The female characters in The House of the Spirits, never bowing to mistreatment despite their endless suffering, choose more subtle and silent responses, led by gentleness and passivity. The women of Allende’s novel effect the most long-lasting and drastic changes, largely through teaching literacy and refusing to speak.

One character, Clara, stops speaking for nine years for fear of causing an event by verbally predicting it (yes, it’s complicated). Clara’s granddaughter, Alba, becomes an extension of her character, and similarly retreats into her own mind. In the “doghouse” where Alba is imprisoned and treated with great brutality, she brings “the saving idea of writing in her mind, without paper or pencil, to keep her thoughts occupied and to escape from the doghouse and live.”

Silence appears to bring Alba strength, and a cathartic retreat into her mind becomes Alba’s ultimate method of survival. Elsewhere in the novel, silence becomes a way to wilfully erase events from memory. Clearly it is a powerful tool for Isabel Allende, as it is Tracy Chevalier.

Another such author is Margaret Atwood, who, in The Handmaid’s Tale, depicts her protagonist, Offred, as “existing apart from the body,” of “pretend[ing] not to be present, not in the flesh”. I included this quote in one of my A Level essays four years ago, and it brought a smile to my face when I re-read it for this post. I had no idea that I was suffering from PTSD back then, nor that I had been dissociating myself for so many years. Despite my ignorance of clinical terminology and my absence of diagnosis, that quote was so familiar to me. I could tell that I was doing exactly the same thing as Offred in order to deal with my problems, and it was so reassuring.

Silence has become a way to stop my thought processes from being interrupted; it allows me to think clearly, listen, and maybe even relax (an impossible feat for me). For this reason, I appreciate the skill required for an author to create a quiet character successfully. There are so many levels of the character to describe, yet it is incredibly difficult to find a manner to do so. I therefore congratulate Chevalier, Allende and Atwood.

Other references to silence in film and literature, and the more extreme elective mutism, include:

Can you think of another examples? Has silence been beneficial for you? Or has it been more of a hindrance?


Retreat Into The Sanctuary & Find Your Way With Comforting, Gentle Wisdom

13 soothing books to retreat into and relax with
Retreating into a Book for Bibliotherapy: 8 of the Best Retreats in Fiction
Taking inventory of your life after loss and heartbreak with Poorna Bell's In Search of Silence
Sit and be peaceful with Silence: In the Age of Noise by Erling Kagge
8 habits to adopt from Sattva: The Ayurvedic Way to Live Well
20 cottagecore books to imagine a simple, cozy life in nature
Levin on The Joy of Retreating into Nature (Reasons to Read Anna Karenina, Part II)
I Am Pilgrim by Terry Hayes: One of The Best Thrillers Ever Written?
The Salt Path by Raynor Winn: finding strength and facing illness with a 630-mile hike
Educated by Tara Westover and how learning can change the course of a life