I remember my English teacher once saying how her most hated book was “about a guy and his son who just walked along a road… and that was it”. She was a great teacher, but after finally reading The Road, I’d have to disagree.

I can’t believe I left so long before reading it – it really is one of those novels that remains deep inside you. It’s known to be a book where not a lot happens, but I found myself drawn into the writing and unaware of the passing of pages. There has to be something truly masterful in an author to allow that. With minimalism of style and plot, McCarthy provides access to the very core of human life:

“He walked out in the gray light and stood and he saw for a brief moment the absolute truth of the world. The cold relentless circling of the intestate earth. Darkness implacable. The blind dogs of the sun in their running. The crushing black vacuum of the universe. And somewhere two hunted animals trembling like ground-foxes in their cover. Borrowed time and borrowed world and borrowed eyes with which to sorrow it.”

No matter how hard we try to conceal it with possessions and material desire, this is what life really is: a bleak reality under the colours of art, advertising and modernity. A reality that can be all too easily exposed. When nothing else remains, the relationship between father and son takes centre stage in the novel, alongside their basic hopes for survival. They exist in a world devoid of hope, but they still retain the human urge to persevere along “The Road”: “Nobody wants to be here and nobody wants to leave.” 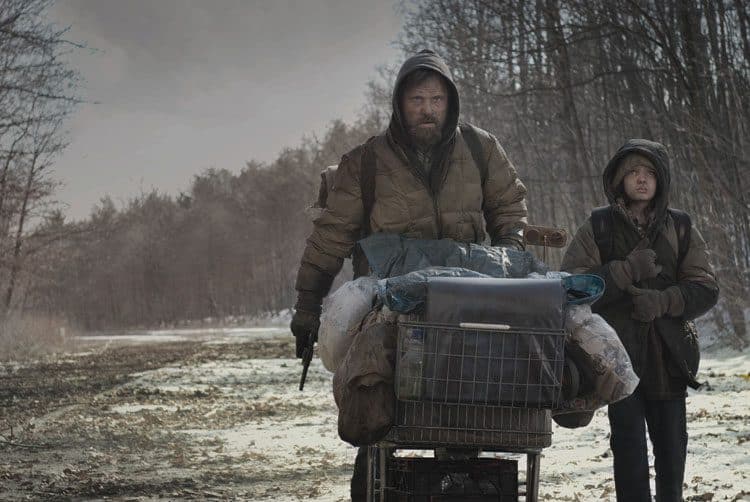 I first began reading this novel a few months ago but stopped after a few pages, feeling it was too depressing. Yet after now finishing it, I realise I don’t feel depressed at all. Instead, the novel leaves you with a sense of gratitude for the security of basic needs we so take for granted. You feel connected to the true nature of life, separate from all the material possessions and superfluous anxieties that conceal it. Our worries are meaningless in the grand scheme of things, and 99% of the time the feared situation doesn’t even materialise. I think I’ll have to return to The Road when I need reminding of this.

“When one has nothing left make ceremonies out of the air and breathe upon them.”

Study Success: 11 Books & Articles to Help Students Hack Their Education
10 books to give as gifts this Christmas (or to treat yourself)
Sit and be peaceful with Silence: In the Age of Noise by Erling Kagge
Books for leaving a job that makes you unhappy & going freelance (from my last six months)
A new direction for Tolstoy Therapy
The 10 best books I read in 2019
Whether or not to keep blogging: taking a sabbatical after one million pageviews
My favourite books of 2017: A Whole Life by Robert Seethaler, plus 6 others
The factors behind Churchill's powerful speeches: studying history, working smart, and being differe...
"All things are at odds when God lets a thinker loose on this planet": Edith Hamilton and sexism in ...