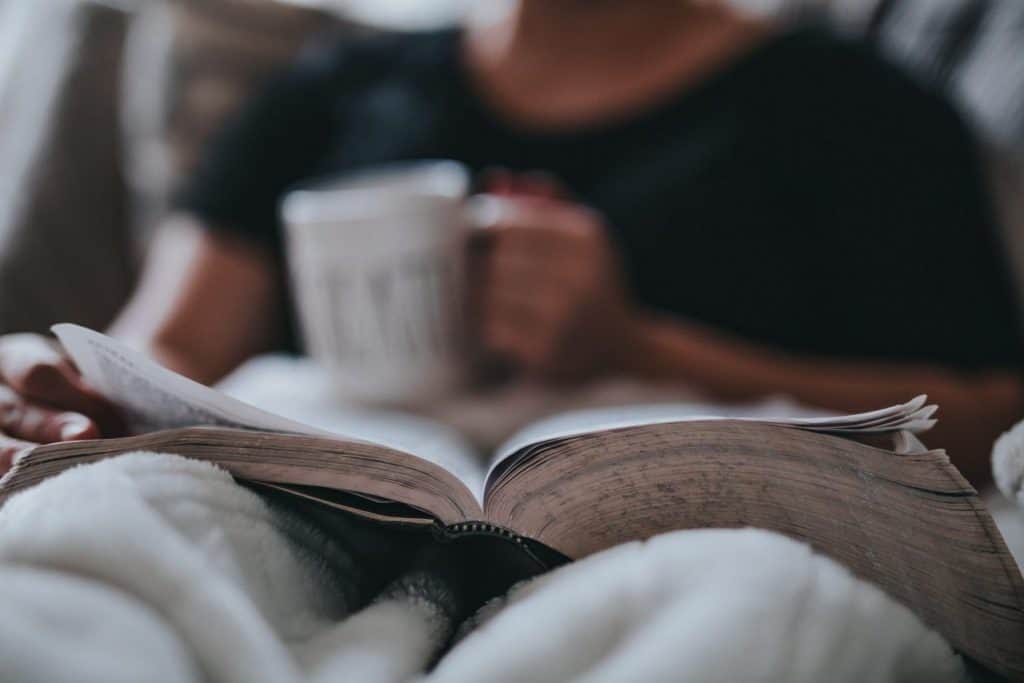 Yesterday evening I was planning to wind down with my Kindle and a cup of my ‘buenas noches’ tea. I’ve been looking forward to reading Brené Brown’s Daring Greatly for a long time now, ever since I first watched her TED talks, and I think it’s the perfect time for me to learn from her lessons on vulnerability. I’ve also been wanting to get on with other books that are in varying states of progress.

There’s just one problem: my mind is doing everything it can to stop me from reading.

With each sentence the tightness in my chest grew stronger, alongside the growing panic that I hadn’t understood it properly or read it correctly. This isn’t the first time it’s happened by any means: the last few months I’ve experienced it almost every moment I’ve spent reading. I know it doesn’t make sense at all and it sounds really pathetic, but I’m struggling to work out how to control it. And it’s intensely painful.

Perhaps now it makes sense to you why I’ve only read five books since the start of August. I’ve been reluctant to admit that I’ve been facing this problem, and I haven’t really let myself think about it, let alone tell anyone else. I can tell that it’s bad because I’ve only just Googled it: normally I’m the first person to type my symptoms into a search engine and become paranoid about all the possible problems.

Google provides the following answer by Jonathan Grayson, Ph.D., as outlined on a a blog by someone who seems to be experiencing exactly the same thing as me:

“The core of the problem is having the feeling that you don’t understand what you read. As a result, you reread a sentence or a word over and over before going on to the next sentence. Unfortunately, this contributes to destroying the flow of what you are reading, so the feeling of understanding becomes even more unattainable. Generally, the more important the material, the greater the anxiety. Schoolwork becomes torture.”

I’ve never really talked about my mostly mild OCD much here on the blog (update: other than in this list of books to read if you have OCD). I’ve also never pursued dedicated help for it, apart from being diagnosed a few years ago. My anxiety and PTSD have felt like bigger issues, and I feel like working on these in therapy should also help my OCD.

In my early teenage years, it was a need for neatness and order that affected me. I’d spend hours arranging drawers and smoothing the creases from my bed. I’d be on the verge of tears if someone moved my pencil case from how I’d put it on my desk. It was absolutely the stereotypical ‘OCD’ behaviour that the media usually jumps to, which I know isn’t accurate for many others. But things were out of control, and I was desperate to control what I could. I really needed to read Marcus Aurelius and his Meditations back then.

At university, I became terrified that I’d sleepwalk and end up outside my halls of residence. I’d spend way too much time before bed putting my desk chair in front of my door and something in front of the window to stop me from going near it. I would check the doors and windows again and again. It was almost laughably bad luck that I dropped the window key out the window and into a drain underneath.

These habits persisted throughout both my first and second years of university, and my nighttime anxiety developed into fears that people I loved were in danger. If I didn’t count in a certain way (usually groups of four), a family member would fall sick. And I couldn’t just do it once and everything would be ok: I’d have to repeat the counting until it felt right. That could take a while.

About a year ago I started needing to tap my forehead in groups of four a certain amount of times whenever bad thoughts came to me. If you ever met me and saw me tapping my forehead and trying my hardest to make it look like I was scratching an itch or moving my hair, that’s what was going on. I’m embarrassed to say it still happens quite a lot.

It’s fairly easy to understand why I keep all of this quiet from people. The tidiness and the furniture rearranging and the bad thoughts and the head tapping have all been – and often still are – very hard to deal with, but not being able to read is by far the worst-case scenario for me.

Unlike my other compulsions, I don’t get any sense of order or relief from giving in and reading sentences over and over again. The stress just gets higher the longer I spend with the book, and I’m so angry with myself that I’ve let this develop into a ritual. But the thing is, by the time I realise that something has become a ritual, it’s already a full-blown problem.

I’m looking into solutions, and particularly into whether this is something I can deal with on my own. I know that I’m going to have push myself and go ahead with what scares me. I’m aware that it’s going to be challenging, and probably exhausting too. Even writing this post has made me feel incredibly vulnerable, and it’s going to take a lot of courage to press ‘publish’.

I know I’m going to have to dare greatly, and so I might as well start by reading the Brené Brown book.