Home » anxiety » On The Anti-Anxiety & Calming Effects of Asian Literature

Lately I’ve been reading mostly Asian-inspired and Asian-authored literature. In fact, it’s all I’ve been reading. I’ve been tempted by the superb posts on Japanese lit at Dolce Belleza lately, and I’m glad that I’ve finally followed suit. I find such literature helps me feel relaxed and mindful, perhaps due to the frequent minimalism and simplicity of the writing. Due to my rather chaotic schedule lately, this fits me and my feelings exactly.

Some calming and bibliotherapeutic Asian literature

The Gift of Rain by Tan Twan Eng was the ideal text for me to read last month. I’ve previously read The Garden of Evening Mists by Tan Twan Eng, in which I greatly admired the parallel created between strength and poetry. I remember reading that the author wants each book to be better than his one before, although I must say that I prefer his first book, The Gift of Rain. It’s a fascinating tale of friendship and betrayal during World War II, in which the incredibly complex mixed-race protagonist, Philip Hutton, is left to make some unenviable choices. Philip must choose between his family and friends, but also between his dual nationality and that of the enemy. 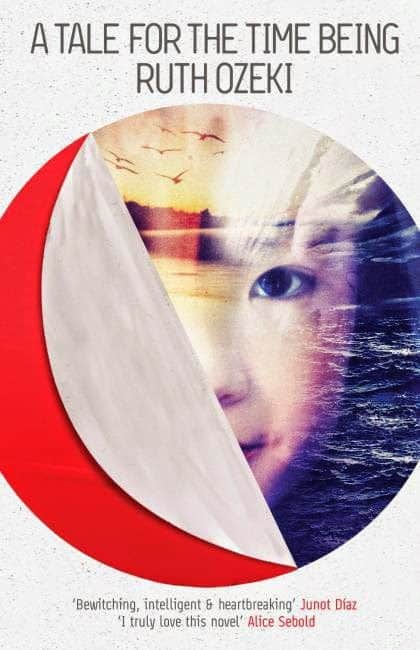 I next turned to A Tale for the Time Being by Ruth Ozeki. I’d been contemplating the novel for weeks at the bookshop I work at, lured in by its victory in the Independent Booksellers Award and the Anglo-Japanese plot. The novel started of a little slowly, with the teenage voice of the protagonist Nao hard not to find irritating. However, the rest of the novel soon forced me to consider other things. The storyline across the Pacific, for one, was so well-written. Ruth, a novelist living simply on a remote island, discovers a collection of artefacts washed ashore in a Hello Kitty lunchbox—possibly debris from the devastating 2011 tsunami. As the mystery of its contents unfolds, Ruth is pulled into the past, into Nao’s drama and her unknown fate, and forward into her own future. It’s a brilliant concept for a novel, and the book is perhaps my favourite of 2013 this far.

Hard-Boiled Wonderland and the End of the World by Haruki Murakami is one of the books I’m reading currently. I started it thinking I was in the mood for reading Murakami, but now I’m not so sure. I love his books, especially Kafka on the Shore, but I have to be in a very particular mood to enjoy them. If I’m feeling a bit tense, Murakami’s writing can really unnerve me, so I won’t make myself rush through Hard-Boiled Wonderland. In fact, I’m going to read it at the same time as War and Peace. “Again?!” you may be thinking. I’ve decided to reread the almighty tome every August, so yes, it’s that time again. I look forward to posting some new thoughts and reflections throughout this month.

Another novel which I’m really excited about reading is An Exquisite Sense of What is Beautiful by J. David Simons. I read the sample on my Kindle, but have decided to order a copy from my bookshop for a true paperback reading experience! Here’s the summary, although I look forward to writing about the novel in full at a later date:

An eminent British writer returns to the resort hotel in the Japanese mountains where he once spent a beautiful, snowed-in winter. It was there he fell in love and wrote his best-selling novel, The Waterwheel, accusing America of being in denial about the horrific aftermath of the Tokyo firebombings and the nuclear destruction at Hiroshima and Nagasaki. As we learn more about his earlier life, however – as a student in Bloomsbury, involved with a famous American painter – we realise that he too is in denial, trying to escape past events that are now rapidly catching up with him. A sweeping novel of East and West, love and war, truths and denials.

Do you enjoy reading Asian literature? If so, do you think there is a reason for this, or do you find it helps your anxiety? Also, do you have any favourite authors or texts?

Great! We hope you love our emails.

Levin on The Joy of Retreating into Nature (Reasons to Read Anna Karenina, Part II)
Cutting for Stone by Abraham Verghese: a book I should have read years ago
Family Life and Karen Joy Fowler's We Are All Completely Beside Ourselves
10 books to give as gifts this Christmas (or to treat yourself)
Allen Ginsberg on never working again (and living a "literary and quiet city-hermit existence" inste...
8 books to appreciate how beautiful life really is
Sit and be peaceful with Silence: In the Age of Noise by Erling Kagge
"A hunter knows when to quiet his mind": Sherlock Holmes, Maria Konnikova, and a defence of solitude
Yoga for Life: A Journey to Inner Peace and Freedom by Colleen Saidman Yee
12 calming books to help you take a deep breath and relax
Consolations of the Forest: Alone in a Cabin in the Middle Taiga by Sylvain Tesson
Reading W.B. Yeats's "An Irish Airman Foresees His Death" as a Meditation on Life
Feel-Good Fiction: The Rosie Effect by Graeme Simsion as a Mood-Boosting Sequel
Finding balance in an anxious world: Notes on a Nervous Planet by Matt Haig
What Leo Tolstoy Can Teach Us About Overcoming Anxiety
20 of the best books for anxiety to relax with

Founder of Tolstoy Therapy and a few other projects. Adventurer living in the Swiss Alps.

This website uses cookies to improve your experience. We'll assume you're ok with this, but you can opt-out if you wish.OkNo
Thanks for subscribing, we hope you love our emails!