“To acquire the habit of reading is to construct for yourself a refuge from almost all the miseries of life.” ― W. Somerset Maugham

The kind of book I adore. It’s a story of the simple life of Andreas Egger, who knows every path and peak of his mountain valley in the Austrian Alps. It’s a beautiful, heartbreaking little book about what life is really made of. Choose whether you’d like to read it fast (like I did on a snow day) or try to savour it.

“You can buy a man’s hours off him, you can steal his days from him, or you can rob him of his whole life, but no one can take away from any man so much as a single moment. That’s the way it is.”
— A Whole Life, Robert Seethaler 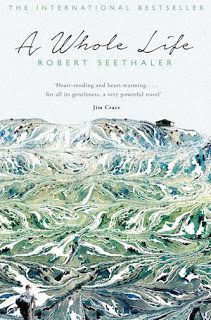 2. All the Light We Cannot See – Anthony Doerr

I was given this back in 2014, but never read it until now. I’d recommend it if you love science, art, and messy human emotion exploding together. A great companion book is Surely You’re Joking, Mr Feynman!, which inspired Anthony Doerr’s main character. I got very excited when I found this out reading the two books at the same time. 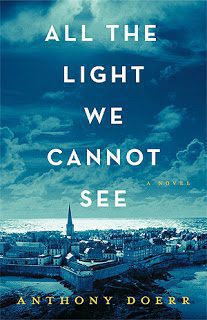 3. The Return: Fathers, Sons and the Land In Between – Hisham Matar

Hisham Matar was nineteen when his father was kidnapped and taken prisoner in Libya. He would never see him again, and couldn’t return to Libya until twenty-two years later with the fall of Gaddafi. This is his memoir; a story of his journey to find out what happened to his father and to rediscover his native country. I read this at the same time as a few of my Via Alpina hikes this summer.

“Nothing can happen to me now that can be worse than that time. And always, I managed it. I kept a place in my mind, where I was still able to love and forgive everyone,’ he said, his eyes soft and lips smiling. ‘They never succeeded in taking that from me.’”
— The Return, Hisham Matar

A murder mystery on a boat to the Arctic!

“1859. A man joins a whaling ship bound for the Arctic Circle. Having left the British Army with his reputation in tatters, Patrick Sumner has little option but to accept the position of ship’s surgeon on this ill-fated voyage. But when, deep into the journey, a cabin boy is discovered brutally killed, Sumner finds himself forced to act…” 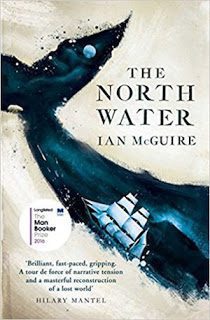 I wish I’d read this years ago. It’s also good to think about alongside The Course of Love

“Love is a living, breathing thing. There is no need to force it to grow in a particular direction. If we start by being easy and gentle with ourselves, we will find it is just there inside of us, solid and healing.”
— How to Love, Thich Nhat Hahn

6. Queen of the Desert: The Extraordinary Life of Gertrude Bell – Georgina Howell

My favourite new role model (who died ninety-one years ago). Gertrude Bell was at one time the most powerful woman in the British Empire and the driving force behind the creation of modern-day Iraq. She chose to leave her wealthy upbringing to read history at Oxford and go on to become an archaeologist, spy, Arabist, linguist (speaking 8 languages), author, poet and photographer.

She was a legendary mountaineer too. Between 1899 and 1904, she recorded 10 new paths or first ascents in the Bernese Alps (where I live) wearing just her underclothes. She also spent 48 hours stuck on a rope on the notorious Finsteraarhorn. 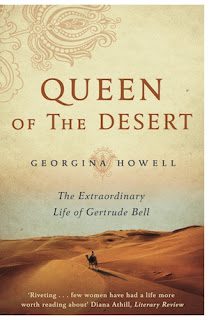 7. The Things You Can See Only When You Slow Down: How to Be Calm and Mindful in a Fast-Paced World – Haemin Sunim

My most-gifted book of the year. Try and get a hard copy; it’s beautiful. 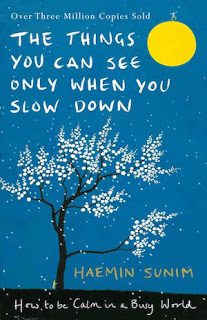 With other shout-outs to:

My full list is here (over on my personal website). I’d love to know what you enjoyed this year, especially if it’s a book from a country I haven’t read anything from yet.

The 10 best books I read in 2019
How Much Do You Really Remember About The Books You've Read?
The factors behind Churchill's powerful speeches: studying history, working smart, and being differe...
Starting 2015 with a Recap of 2014 on Tolstoy Therapy: 10 Favourite Articles & 10 Best Books
Sit and be peaceful with Silence: In the Age of Noise by Erling Kagge
The simple & timeless wisdom of The Things You Can See Only When You Slow Down by Haemin Sunim
"All things are at odds when God lets a thinker loose on this planet": Edith Hamilton and sexism in ...
A new direction for Tolstoy Therapy
Books for leaving a job that makes you unhappy & going freelance (from my last six months)
5 Pieces of Advice for Reading, Understanding & Enjoying James Joyce

Building our relationship with a place day by day, just by looking View Post
I Found My Tribe by Ruth Fitzmaurice: wild swimming, coping, and finding your people View Post
Lucy 2018-01-02T20:59:00+00:00