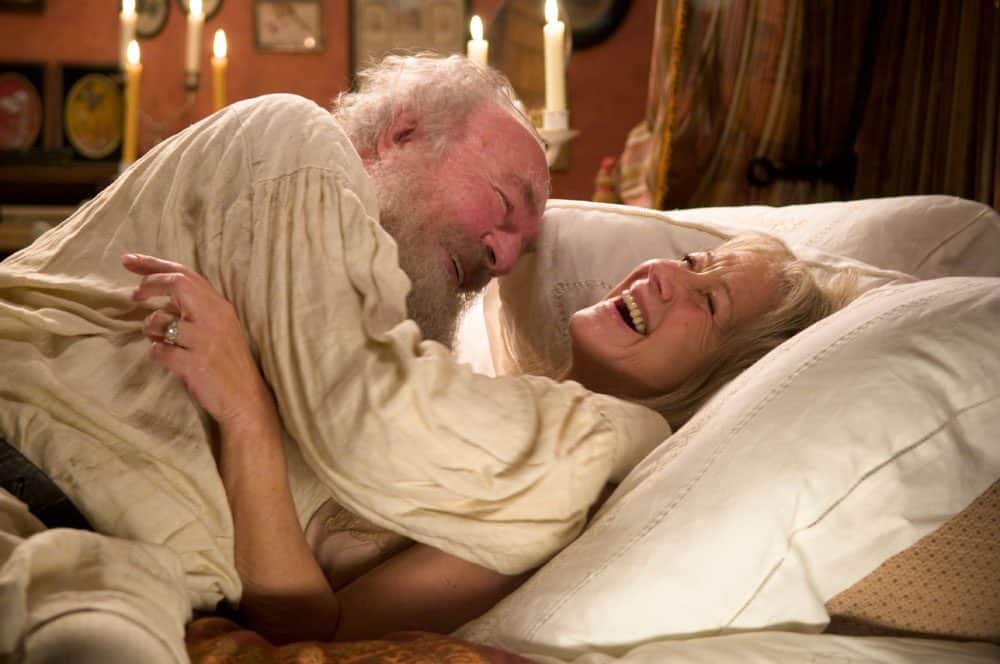 This evening I finally watched The Last Station, a film about Tolstoy’s life. I actually really enjoyed it, although I wasn’t sure about the rather harsh portrayal of his wife. I’m glad it was mentioned that she copied out War and Peace seven times – that’s quite a secure show of dedication. Sofya really was treated unfairly by her husband most of the time. I’d hate to have strangers living in my home, and I couldn’t deal with my husband dressing in what were effectively pyjamas.

Helen Mirren plays Sofya, which I thought was a good casting. Christopher Plummer plays Tolstoy, and James McAvoy plays his assistant, Valentin Bulgakov. The plot is structured largely around McAvoy’s role, which I found worked quite well. It provides an entrance into Tolstoy family life at Yasnaya Polyana, and shows Valentin’s view of the family developing from a stranger’s perspective. Both Mirren and Plummer were nominated for Oscars and Golden Globes for their performances.

This is not a film about why Tolstoy was a great writer, or how he came to his beliefs. In fact, it only focuses on the last few years of his life. Also, there are probably more scenes with boobs than those that mention his writing, which may be controversial. It’s a tale of husband and wife, which I think is best suited for the cinema. For me, the ending is the film’s strongest part. If you don’t know Tolstoy’s life story then I won’t go into detail, but it’s depicted as so heartbreaking.

It’s probably a film best watched if you’ve read some works by Tolstoy or know a bit about him, as inside references are quite common. Nonetheless, if you’re new to the author then this will influence you to visit the scary, much-dodged “T” section of the classics aisle in Waterstones. Enjoy.

Happy families are all alike; every unhappy family is unhappy in its own way.