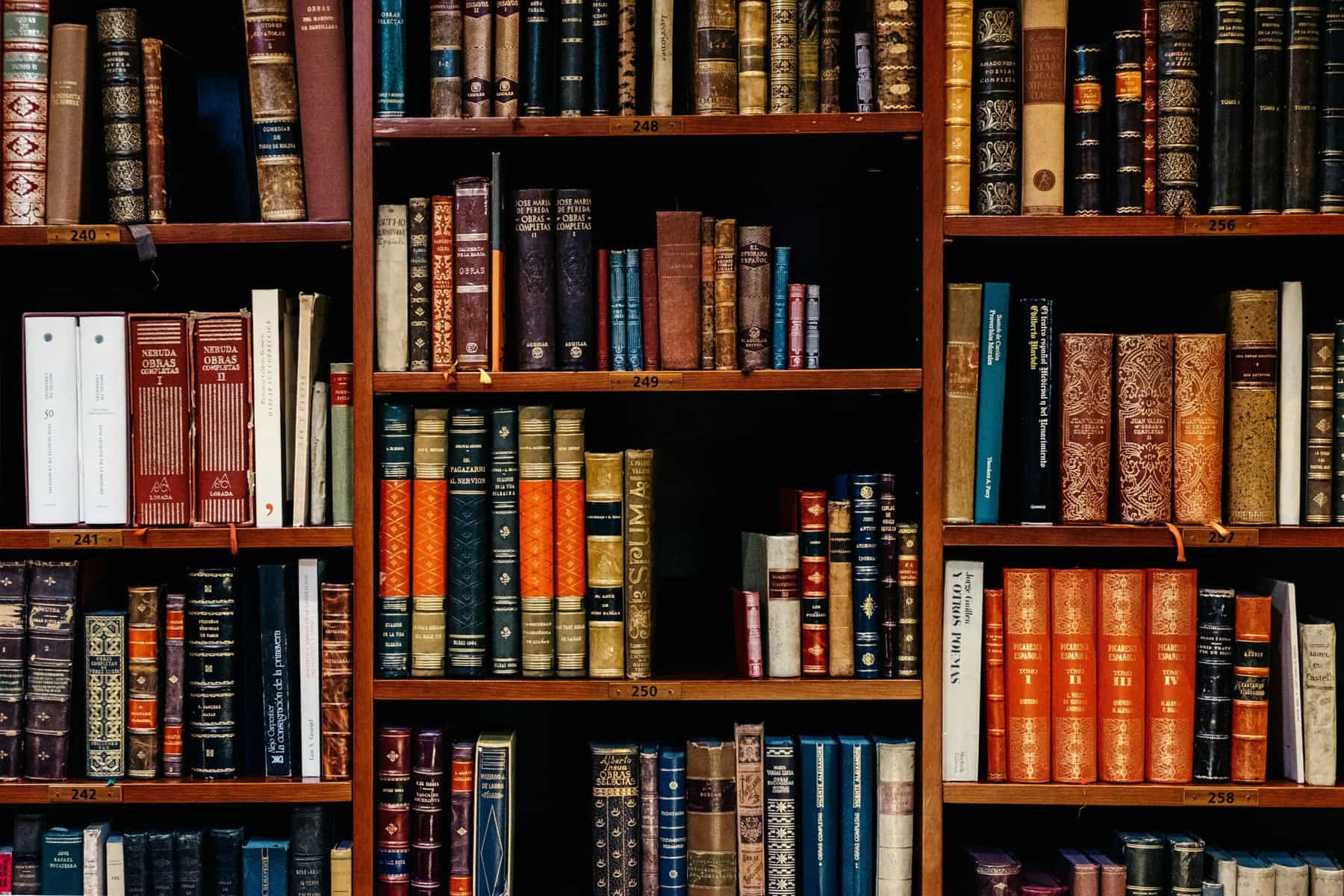 Photo by Iñaki del Olmo
A quick note that some of my posts contain affiliate links. When you buy through these links, I may earn a commission.

Classics get a bad rep. We’re forced to read them at school and feel compelled to lie about having read them. But really, most of these books are classics for a reason. Sure, some classic books are extremely intellectual and academic, like Finnegans Wake and Gravity’s Rainbow. But others? Classic books can be just as feel-good, compulsively readable, and enjoyable as modern bestsellers.

To give you some ideas of what to add to your reading list, here are some of the best classics of all time that are actually quite easy to read. I’ve included my own top recommendations, but I’ve also checked what Reddit has to say about the best easy-to-read classics to give you some other perspectives.

Read on for my top 12 suggestions and see what jumps out as a classic for you to read next. Once you start reading, give your chosen book time and attention, but don’t be afraid to stop reading if it’s really not working. There are plenty of other books out there. Books shouldn’t be hard work – rather, they can offer a treasure trove of life lessons, comfort, guidance, and support, if we give them a chance to work their magic.

12 of the easiest classics to read

1. The Count of Monte Cristo by Alexandre Dumas

The Count of Monte Cristo is an unlikely contender for an easy-to-read classic. For one, it was originally published in 1846. Secondly, the Penguin paperback is 1276 pages long. But it’s so good. This book offers the same gripping themes of wrongful imprisonment and justice as Shawshank Redemption, even though it was published 150 years earlier.

Reddit user Mammoth-Corner shares my thoughts in this comment: “Monte Cristo is ridiculously good. I put the audiobook on while I was taking a walk and wound up going in loops for two hours because I didn’t want to go back inside and turn it off.”

2. Flowers for Algernon by Daniel Keyes

This was one of the first sci-fi books I read, and it’s an all-time classic. While reading it on the London Underground, someone interrupted me to tell me to share their excitement about the book – and invite them to their sci-fi book club (which unfortunately I couldn’t join).

If you like Flowers for Algernon, you might also like Richard Powers’ latest novel, Bewilderment, which puts a modern spin on the classic book about an experimental procedure to increase your IQ and change your life.

3. The Hitchhiker’s Guide to the Galaxy by Douglas Adams

This beautifully silly feel-good classic follows the galactic (mis)adventures of Arthur Dent, beginning one Thursday lunchtime when the Earth gets unexpectedly demolished to make way for a new hyperspace bypass. The Hitchhiker’s Guide to the Galaxy is one of those classics that you feel you should have read, but it’s also a book that’s actually easy and fun to read.

Sir Arthur Conan Doyle offers some of the coziest, most easy-going classic writing you can read. I’ve previously recommended his collected Sherlock Holmes stories as one of the best bedtime audiobooks, but that doesn’t mean they’re boring enough to send you to sleep. Or at least I hope not.

On Reddit, here’s what bmbreath advises about reading Sherlock Holmes stories: “If taken in smaller doses, they’re very easygoing and easy to grasp language wise. I just find they start to get old if too many of them are read in a row. If anyone does ebooks, they are listed for free pretty often and are a good travel book.”

I first read Rebecca as a teen and had no idea what to expect; I was making my way through a BBC best books ever written list, and this had made the shortlist. I was expecting something boring, honestly, but was given a dark psychological tale of secrets and betrayal.

Rebecca is a book that deserves to be read and re-read for its layered and multi-faceted characters, slow tension build, iconic gothic setting, and plot twists that keep you frantically turning pages.

This is the classic story of Jane Eyre (surprise, surprise), a seemingly plain and simple girl whose courage and rich inner life emerge and are tested as she begins her work as a governess at Thornfield Hall, the imposing home of the wealthy and impetuous Mr Rochester.

Here’s what Reddit user JediNinja8027 said about Jane Eyre: “I thought it was going to be a bit dry but I got through it so fast. I found Jane herself to be a very modern character if she were dropped into a modern day setting she would thrive.”

7. Pride and Prejudice by Jane Austen

First published in 1813, it does have a different vocabulary than we’re used to, but a good way to get around this is by listening to an audiobook (this one with Rosamund Pike is great) and having a professional read it with the right tone and delivery.

I also love this advice for someone struggling to read Jane Austen: “You’re not bad at reading – what I’d suggest is to add a ‘sarcasm’ filter for Jane Austen: when she’s writing about nearly anybody in observation mode (where the protagonist is describing actions of people around her), she’s usually poking fun at them. I required multiple reads to put the filter in place. When they’re talking directly to each other, that’s when it seems to be real.”

Animal Farm is a common book to read at school… which helped to make it a favourite for some readers, but a nemesis to others. It’s a good book to give a second chance in adulthood, and it’s absolutely as fresh and relevant today as it’s ever been.

In this cutting and satiric masterpiece, a farm’s overworked and mistreated animals decide that enough is enough. With flaming idealism and stirring slogans, they set out to create a paradise of progress, justice, and equality.

On Reddit, PlagueGhosty shared: “I reread it as part of a book bingo I made for myself, and I remember going nuts over how hard it was for me to understand it in AP English in high school. But on my reread, I realize it’s a lot easier to understand and pick up than I thought. Turns out unless you need to analyze it for a test, you don’t need to know exactly who represents what and how literary devices further the plot etc etc etc, more nerd talk. tl;dr I love it WAY more as an adult.”

Even without having read it, you might have an idea of what happens in The Great Gatsby. The quick summary: a man orders his life around one desire, to be reunited with the love he lost five years earlier. This leads him to vast riches and eventually back to her – but also to a tragic end. It’s one of those classics that once you read it, you pick up on cultural references to it everywhere.

10. The Death of Ivan Ilyich by Leo Tolstoy

Sure, it’s a book about death, but The Death of Ivan Ilyich is one of the most accessible places to start with Leo Tolstoy. It’s a fairly easy classic to read, and one of the best books ever written about illness, dying, and the shortness of life. If you’re in the right mood for the subject matter, give it a go. There are plenty of life lessons to uncover and ponder.

The Enchanted April is a balm for the soul. If you’re feeling weary, under the weather, or stuck in a dreary place in winter, pick up a copy and escape to a sun-kissed villa on the Italian Riviera with the four middle-aged women of the novel.

I loved reading what secretmorning shared on Reddit about Slaughterhouse-Five: “It’s so easy and amazing and beautiful [to read] that someone should create a scale for literature that goes from 1-10 and rates how readable a book is versus how much you get out of it. Call it the Vonnegut scale.”

This American classic – and one of the world’s great antiwar books – shares character Billy Pilgrim’s odyssey through time during the firebombing of Dresden, and reflects our own search for meaning in our fractured lives.

If you liked this post, you might also like my recommendations of books you can’t put down and the best books for people who usually don’t read (not to presume anything, but you know.)