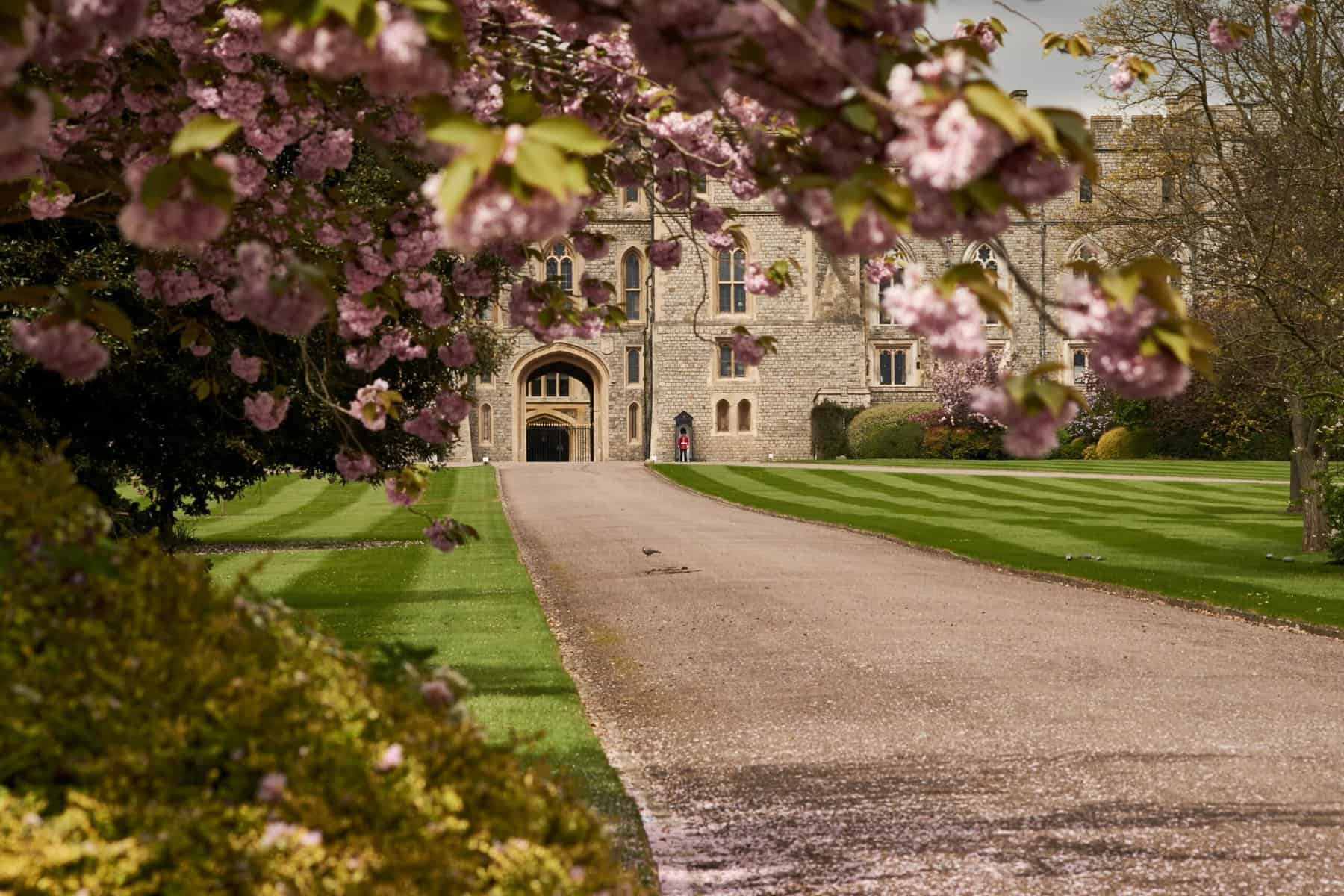 Photo of Windsor Castle in Spring by JJ Jordan
A quick note that some of my posts contain affiliate links. When you buy through these links, I may earn a commission.

I love The Crown. It’s been one of my favourite TV series over the last few years, so it only makes sense that I’ve been watching the recently released Season 5 on Netflix.

As a Brit, I had at least a vague idea of most of the historical events it covers, but I’ve loved watching The Crown to put more of the pieces together over several decades… even with the fictionalization that’s been causing a stir back in the UK.

Are the early seasons better than the later ones? Yes, absolutely. But I’ll still watch them with joy, including Season 5.

One unexpected gem in the new series is in Episode 6, “Ipatiev House,” in which the Prime Minister, John Major, shares Anna Dostoevskaya’s thoughts on the key to a happy marriage, as wife to Fyodor Dostoevsky.

In their regular meeting in this fictional portrayal, Major congratulates the Queen on her upcoming 47th wedding anniversary. In return, she asks Major how long he has been married, to which he answers 24 years.

“We must all be doing something right. What do you suppose that is?” asks the Queen.

I love the response from The Crown‘s John Major:

“One of the most memorable accounts of a long successful marriage comes from Dostoevsky’s wife, Anna. She and Fyodor were, she said, of contrasting character… different temperaments. Entirely opposing views. Yet they never tried to change one another. Nor interfere with the other’s soul. This, she believed, enabled her and her husband to live in harmony.”

“By having nothing whatsoever in common?” asks the Queen. Major replies: “Mm. The key to a happy marriage, it seems.”

Anna Dostoevskaya’s timeless advice for a happy marriage is shared in her spectacular memoir, Dostoevsky Reminiscences. In this book, she recalls a conversation with Fyodor Dostoevsky during a tea break when they first met in 1865.

During this time, the then-Anna Grigoryevna Snitkina was working with Dostoevsky as a stenographer as he wrote an entire novel (The Gambler) in four weeks as part of an exchange to repay gambling debts.

In response to Dostoevsky’s assertion that he had never felt happy, or at least not the happiness he had already dreamed of, Anna advised him to marry again. Anna shares how the conversation continued:

“While we were on the theme of marriage, he asked me why I didn’t marry myself. I answered that I had two suitors, both splendid people and that I respected them both very much but did not love them — and that I wanted to marry for love.

‘For love, without fail,’ he seconded me heartily. ‘Respect alone isn’t enough for a happy marriage!’“

Their love story is a splendid one, really. With Anna’s help, Dostoevsky finished the novel in just twenty-six days. He paid her, thanked her, and planned a celebratory dinner at a restaurant (Anna’s first ever) the next day.

As Maria Popova shares on The Marginalian, Dostoevsky realised that his collaboration with Anna had brought more light and joy into his life than anything before. He was devastated by the prospect of not seeing her again, and asked if she would help him finish Crime and Punishment.

Just ten days after the end of their first project, she was back at his house. They walked to his study, where he proposed marriage through the guise of describing a new novel he was writing. It was about a troubled artist of his age, possessed with a tender heart but incapable of expressing his feelings, and desperately in love with a young woman whom he feared he had nothing to offer.

Fyodor and Anna were married in February 1867, and remained in love until Dostoevsky’s death fourteen years later.

The key to a happy marriage, according to Anna Dostoevskaya

In the afterword to her memoir, Anna shares the sentiment that is closest to what John Major shares in The Crown:

“In truth, my husband and I were persons of ‘quite different construction, different bent, completely dissimilar views.’ But we always remained ourselves, in no way echoing nor currying favor with one another, neither of us trying to meddle with the other’s soul, neither I with his psyche nor he with mine. And in this way my good husband and I, both of us, felt ourselves free in spirit.”

Anna didn’t interfere in her husband’s spiritual and intellectual life, and recalls how he would sometimes say to her, “You are the only woman who ever understood me!”

She adds that, “He looked on me as a rock on which he felt he could lean, or rather rest”, and believes it was these mutual attitudes that enabled them to “live in the fourteen years of our married life in the greatest happiness possible for human beings on earth.”