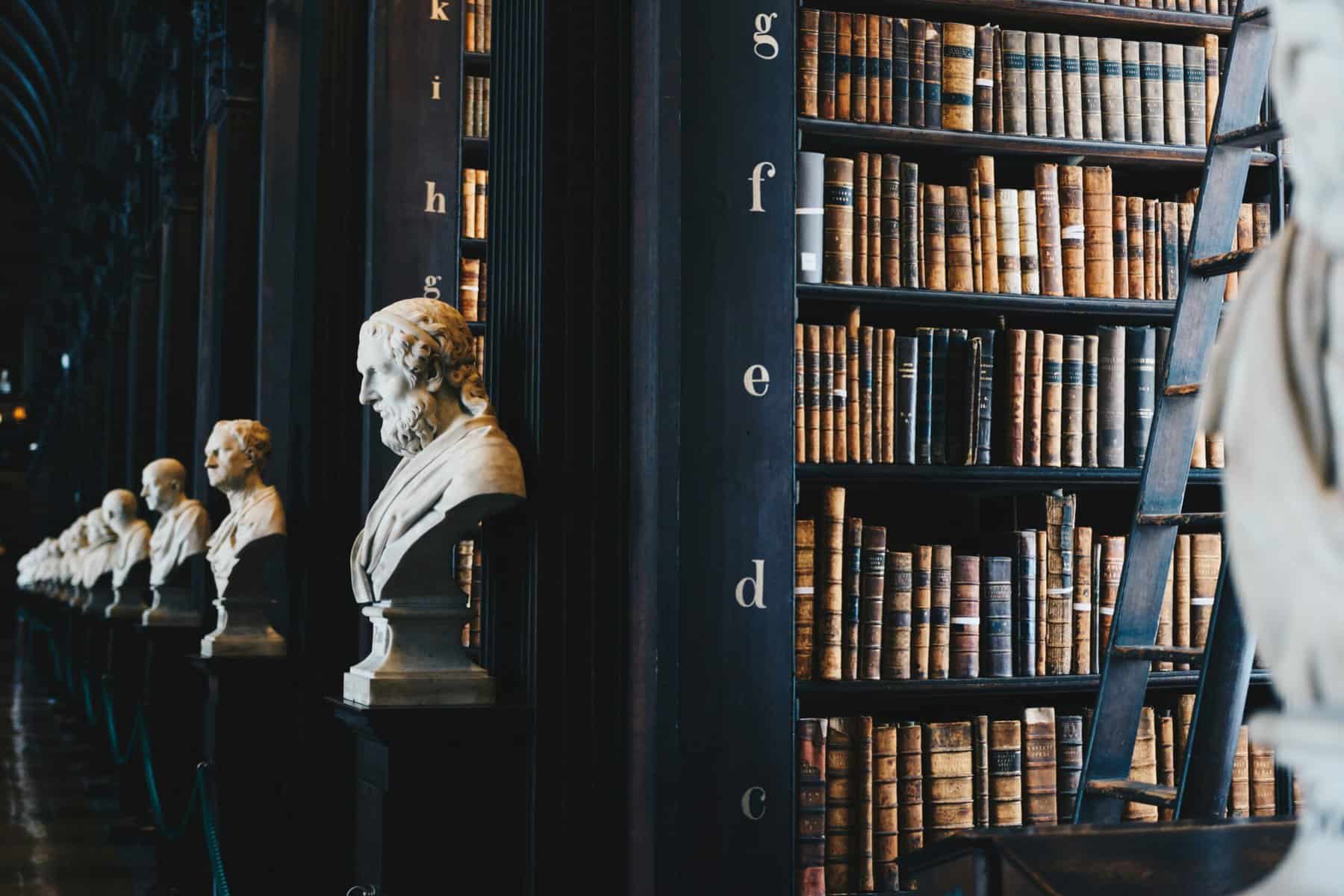 Photo by Giammarco on Unsplash
A quick note that some of my posts contain affiliate links. When you buy through these links, I may earn a commission.


“It is is better to know one book intimately than a hundred superficially.”

The Secret History is one of my all-time favourite books. It’s one of those books that as soon as I think of it, I feel something. I think of autumn leaves, the start of a year on campus, and thick knitted jumpers.

It’s a book about characters who love learning, but it’s also a book about books. The Secret History is full of intertextuality, or mentions of other books and authors, and that’s one of the things I love most about it.

Many of the books mentioned are Donna Tartt’s favourites. In an interview with Rivista Studio in 2021, Donna Tartt shared her “worshipped writers”:

“Homer, the Greek poets and tragedians, Dante and Shakespeare are my constant touchstones. I went back and read Macbeth and Hamlet during the pandemic. I also venerate Dickens, Nabokov, Proust, Dostoevsky, Yeats, Borges, Edith Wharton, Evelyn Waugh, Salinger, Virginia Woolf. Dickens was a part of my familial landscape, the air I breathed.”

After I read The Secret History for the first time, I made a note of every single book that was mentioned in the novel (hopefully I didn’t miss any).

So here goes, the books mentioned in The Secret History for other book nerds like me…

Some of the best books mentioned in The Secret History

“Those really hideous parts of Inferno, for instance, Pier de Medicina with his nose hacked off and talking though a bloody slit in his windpipe–” “I can think of worse than that,” Charles said. “So can I. But that passage is lovely and it’s because of the terza rima. The music of it.”

2. The Iliad by Homer

The Iliad is one of the books mentioned most in The Secret History. Donna Tartt is writing about a clever group of classics students, after all. We hear that Julian holds lectures on it, and the characters mention a few other quotes and moments from Homer’s classic in their interactions with each other.

“The descriptions of Troy in the Iliad are horrible to me – all flat land and burning sun. No. I’ve always been drawn to broken, wild terrain.”

Henry to Charles in The Secret History

“When I could no longer concentrate on Greek and the alphabet began to transmute itself into incoherent triangles and pitchforks, I read The Great Gatsby. It is one of my favourite books and I had taken it out of the library in hopes that it would cheer me up; of course, it only made me feel worse, since in my own humorless state I failed to see anything except what I construed as certain tragic similarities between Gatsby and myself.”

Richard on reading The Great Gatsby to try and fall asleep

4. Crime and Punishment by Fyodor Dostoevsky

“It was I killed the old pawnbroker woman and her sister Lizaveta with an axe and robbed them.”

From Crime and Punishment, without citation, in The Secret History

5. The Final Problem by Sir Arthur Conan Doyle (alongside other mentions of Sherlock Holmes)

I first read The Final Problem a few years before it would mean a lot more to me, when I moved to Switzerland and had a view of the Reichenbach Falls from my living room. I love the parallel that Donna Tartt makes with Sherlock Holmes in The Secret History.

“It’s kind of like Sherlock Holmes. Going over the Reichenbach Falls. I keep expecting to find that it was all a trick […]”

Francis in The Secret History

“What are you doing, Greek?” Henry sat the cup back into its saucer. “A translation of Paradise Lost.” “Into which language?” “Latin,” he said solemnly.

To admire another literary young male who likes to translate books and music for the sheer joy of it, you might like Call Me By Your Name. It’s André Aciman’s basis for the hit film of the same name, about the sudden romance that blossoms between an adolescent boy and a summer guest at his parents’ cliffside mansion on the Italian Riviera.

Other books mentioned in The Secret History

“He was pleased, however obscurely, with the aesthetics of the thing…”Like something from Tolstoy, isn’t it?” he remarked.”

Henry in The Secret History

For more Donna Tartt-inspired books to add to your reading list, here’s my curated list of Donna Tartt’s favourite books.