I think Keira Knightley is a good choice as Anna, to be honest. Also, I’m interested to see what Kelly McDonald is like as Dolly (she played Diane in Trainspotting). I can imagine she and Keira would act quite well together. I can’t say I imagined Karenin to be at all like Jude Law though! I think this has the potential to be a really good film; I hope it doesn’t disappoint. I’ll definitely schedule a re-read before it comes out.

This is another of my favourite books, although I’m not sure what I think of the film so far. I’m glad Baz Luhrmann is directing it, but some things just don’t match how I thought they’d be. Like Gatsby being played by Leonardo DiCaprio. For some reason I thought Gatsby would look older and more powerful. Although I do really like the 1920s atmosphere in the advert. Like in the novel, everything seems so material and fake.

Cloud Atlas – October – Tom Hanks, Halle Berry, Hugh Grant
All I’ve ever heard is how great this book is, but I could never get into it. Maybe I should give it another go. Or I could watch the film and then read the book if I like it. But that would be literary blasphemy. 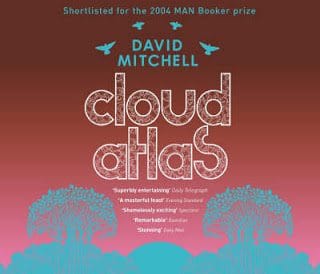 Life of Pi – December – Tobey Maguire, Gérard Depardieu
I hope the entire film is as beautiful and dream-like as the shot below.

The Perks of Being a Wallflower – Date TBC – Emma Watson, Logan Lerman, Paul Rudd
Emma Watson, really? But I love how Paul Rudd is playing the English teacher. He seems to fit the role perfectly. I think I’d feel too old going to watch this film though – it has a very prominent young adult feel to it. I guess the book belongs to that category, but it doesn’t seem so noticeable.

10 books to give as gifts this Christmas (or to treat yourself)
Reading tip: how to get your Kindle highlights and notes on your computer (and sync to Evernote)
Books for leaving a job that makes you unhappy & going freelance (from my last six months)
How Much Do You Really Remember About The Books You've Read?
The simple & timeless wisdom of The Things You Can See Only When You Slow Down by Haemin Sunim
5 Pieces of Advice for Reading, Understanding & Enjoying James Joyce
A new direction for Tolstoy Therapy
Whether or not to keep blogging: taking a sabbatical after one million pageviews
"All things are at odds when God lets a thinker loose on this planet": Edith Hamilton and sexism in ...
My favourite books of 2017: A Whole Life by Robert Seethaler, plus 6 others