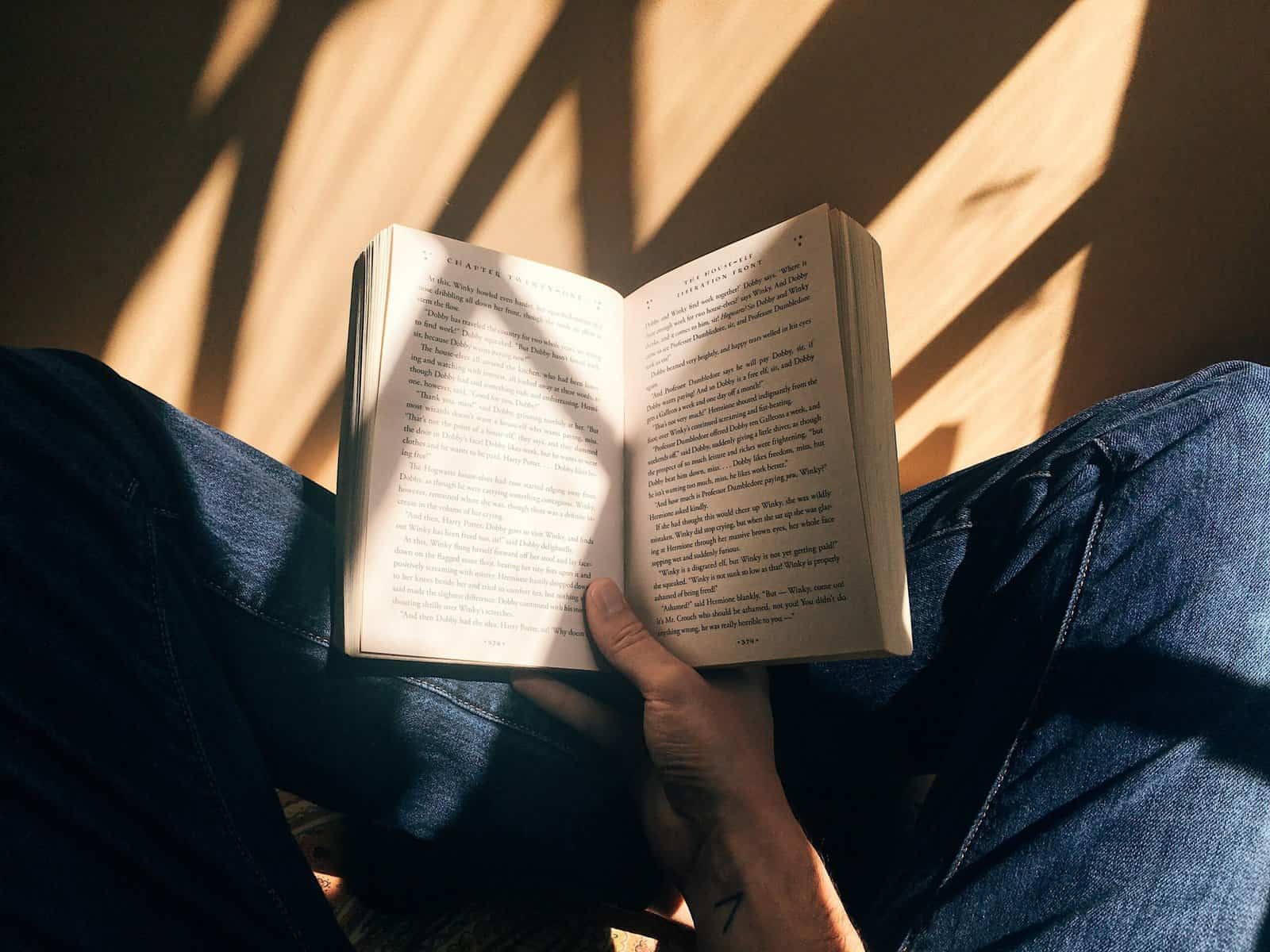 Friends often ask me for book recommendations. Sometimes they’re fellow bookworms who are looking for something new or along the lines of another favorite book. But other times, they’re people who don’t read at all, or say that they don’t like reading. They don’t want classics. They don’t want hard work. They tell me they want a book that’s easy to read, gripping, and not too complicated.

For this post, I’ve compiled some of the books I most frequently recommend to people who don’t generally read fiction. Read on for the most accessible thrillers, love stories, and beautiful worlds to get lost in.

If something doesn’t grab you in the first thirty pages, try something else. Life’s too short for books you don’t like. Once you figure out what works for you, it’s so much easier to find more of the same.

There are a few overlaps between this post and my recommended books to binge-read, so check that out next if you want more suggestions.

The best books for people who don’t like to read

1. I Am Pilgrim by Terry Hayes

Read this if you want: a book packed with action and suspense to binge-read.

“A big, breathless tale of nonstop suspense” is how The New York Times described I Am Pilgrim in 2014. Pilgrim is the codename for a man who doesn’t exist: a man who must return from obscurity, and the only man who can uncover a flawless plot to commit an appalling crime against humanity.

Over the last decade, this can’t-put-down thriller has been my most recommended book for men who don’t read. (Although I’m a woman who loves to read and enjoyed it a lot too.) My brother read it faster than any other book before, and my Dad re-reads it every few years once he’s forgotten the plot (he sees this as a perk of ageing).

Read this if you want: the book equivalent of an addictive Netflix music documentary.

Taylor Jenkins Reid is one of today’s best authors if you want to get lost in a book. I listened to the excellent audiobook edition (featuring a whole cast of voice actors) of Daisy Jones & the Six and flew through it in a couple of days.

Daisy Jones & the Six became a sensation from the moment Daisy walked barefoot onto the stage. Their sound defined an era. They played sold-out arenas from coast to coast. You couldn’t escape their music. Then, on 12 July 1979, it all came crashing down. This is the story of their legendary rise and fall, friendship and rivalry, ambition and heartbreak, as told by the intertwining voices of the band’s members.

Despite being utterly fictional, it reads like a music documentary you just can’t stop watching. If you’re anything like me, you need to know what happens next.

3. All the Light We Cannot See by Anthony Doerr

Read this if you want: a once-in-a-lifetime story of love and heartbreak in World War II.

All the Light We Cannot See is one of those books that nails the perfect formula for a story. If you’re yet to read it, I’m envious. This New York Times bestseller and winner of the Pulitzer Prize is the story of a blind French girl and a German boy whose paths collide in occupied France as both try to survive the devastation of World War II. It’s a heartbreaking book that changes the way you see the world, and it’s ideal to choose if you haven’t read a good book in a while.

4. City on Fire by Terry Hayes

Read this if you want: a gangster movie on paper.

Don Winslow has been one of my guilty pleasure authors these last few years. I first read The Power of the Dog while on the Trans-Mongolian train across Russia, Mongolia and China a few years ago and was hooked. (So was my now-husband, who ended up reading most of it over my shoulder.)

This year, I binge-listened to the audiobook of Don Winslow’s newest release and the first part of a new series, City on Fire. It’s a compulsively readable thriller that transforms the events at Troy and the founding of Rome into a riveting gangster tale as two criminal empires fight to control New England.

5. The Hitchhiker’s Guide to the Galaxy by Douglas Adams

Read this if you want: a feel-good classic that’s actually easy to read.

If you browse Reddit for the best book recommendations for people who don’t read, you’ll keep hearing The Hitchhiker’s Guide to the Galaxy. This beautifully silly feel-good classic follows the galactic (mis)adventures of Arthur Dent, beginning one Thursday lunchtime when the Earth gets unexpectedly demolished to make way for a new hyperspace bypass. Here are 12 more classics that are surprisingly easy to read.

6. The Martian by Andy Weir

Read this if you want: a book that’s just as good as the movie.

Another popular Reddit book recommendation for people who don’t read is The Martian. Quadsimotto shared: “I couldn’t put this book down. Finished it on a set of flights and was laughing hysterically at some of the story. The passenger next to me was then trying to read it over my shoulder and was having a hard time keeping pace.”

Even if you’ve seen the movie, this is one of those books that captures everything you love about the movie and gives you even more to enjoy. Nominated as one of America’s best-loved novels by PBS’s The Great American Read, The Martian is the bestselling story of astronaut Mark Watney, who became one of the first people to walk on Mars six days ago. Now, he’s sure he’ll be the first person to die there – but Mark isn’t ready to give up yet. Drawing on his ingenuity, engineering skills, and relentless refusal to quit, he’s determined to figure out a way back home.

Read this if you want: a gripping story about the survivors of a zombie apocalypse.

I had an ex-boyfriend who loved this book. Told in the haunting and riveting voices of the men and women who witnessed the horror firsthand, World War Z is a record of the zombie apocalypse by the few that survived. On Reddit, SonOfPlinkett shared: “I never liked reading and didn’t read a novel until I was 20. World War Z was the first book I choose to read and I’ve been reading novels every day ever since.”

8. Six of Crows by Leigh Bardugo

Read this if you want: to escape into a fantasy world and forget about life for a while.

If you don’t like reading, try Six of Crows, the hugely popular young adult book that’s now a Netflix series. Immerse yourself in the world of six dangerous outcasts and one impossible heist. Kaz’s crew is the only thing that might stand between the world and destruction―if they don’t kill each other first.

This is Book 1 of 2 in the Six of Crows series, but Leigh Bardugo has also written the Shadow and Bone trilogy and the King of Scars duology if you need more books to read next.