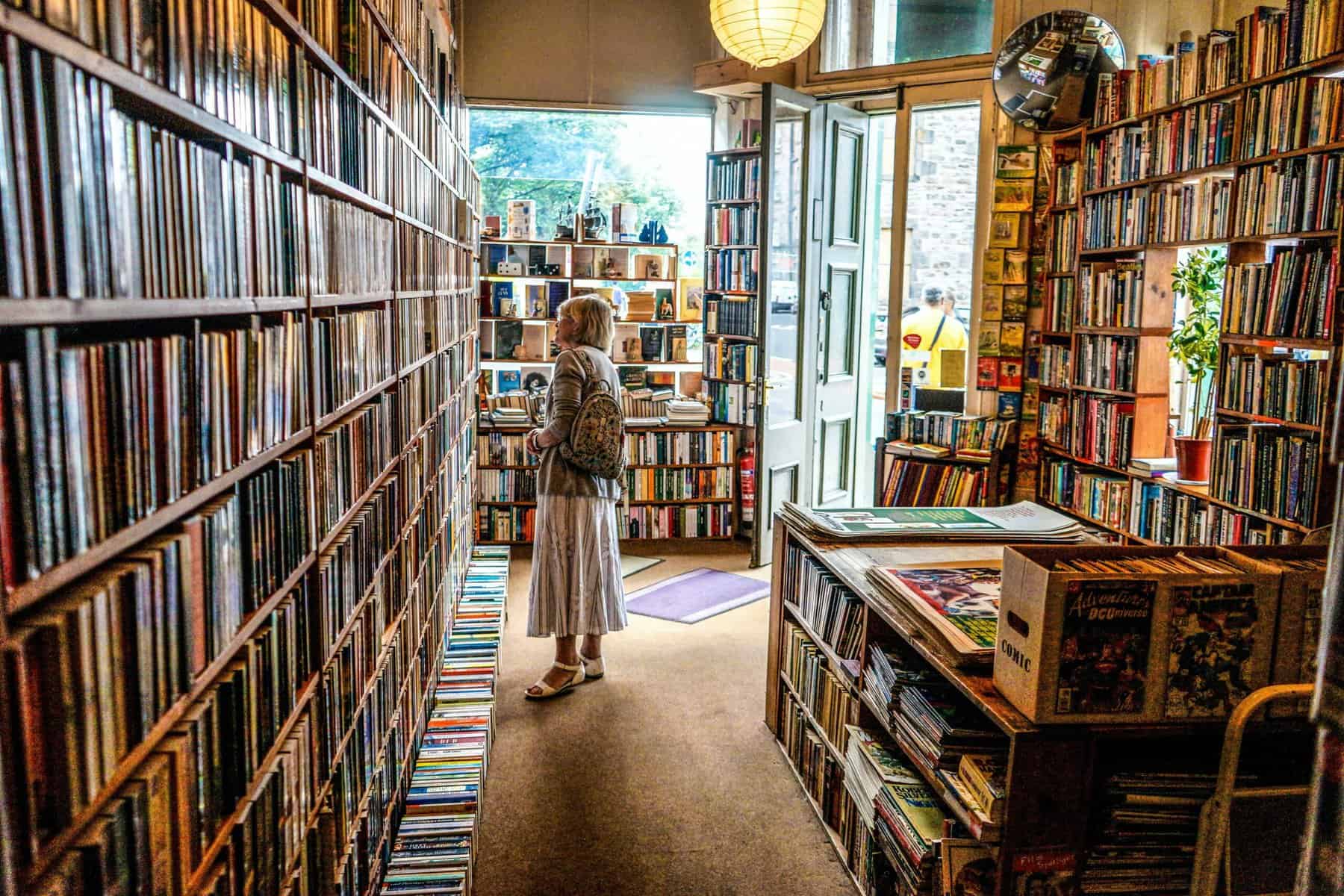 I first wrote about bibliotherapy for OCD here on Tolstoy Therapy about eight years ago, and reading it now, I wanted to give it a much-needed refresh.

I was technically diagnosed with OCD a decade ago, but it always felt overshadowed by the anxiety and PTSD I was struggling with at the same time. OCD just felt like one small part of the mix, and it didn’t take over my life as it does for some other people.

Back then, I’d feel like I had to tap my forehead a specific number of times to stop something bad from happening (and often that didn’t feel like enough, so I started again). I still have some very small compulsions – sudden urges to do something a certain way (even just putting something back in the fridge) otherwise something bad will happen – but it’s different from before, and extremely mild.

OCD can look so different for different people, and often it’s not at all like the media representations of people with OCD who clean obsessively. This is one way in which I think books can be a great tool to accompany therapy when you’re facing OCD: you can meet fictional characters who suffer from OCD, perhaps with symptoms similar to your own.

But how else could bibliotherapy, or reading books to deal with difficult emotions, be helpful for OCD?

How could bibliotherapy help OCD?

A small 2022 study with Turkish high school students suggested that reading fiction might reduce symptoms of anxiety by promoting awareness of our feelings and improving problem-solving skills. By identifying with fictional characters going through the same challenges as ourselves, we can observe their way of dealing with them and develop our own.

In my original post, I wrote about Perfect by Rachel Joyce, which contains this quote that sums up OCD so well:

‘But that’s not logical, James.’

‘Actually it is very logical, Byron. I am not leaving anything to chance.'”

Another character, Diana, seems perfect on the surface but, underneath, is deeply struggling:

“She polished the kitchen floor every time the children crossed it, if only for a glass of Sunquick. But to be so perfect requires constant vigilance and the effort was beginning to take its toll.”

However, it’s also a book that shows the hope and possibility of overcoming OCD. One character, Jim, finds comfort in gardening. Another character eventually realises:

“He feels bigger than the rituals; they are just a part of him, like his leg is a part of him, but not the whole person. Maybe one day he will even stop.”

Obsessive Compulsive Disorder isn’t often discussed in fiction, but I think that Rachel Joyce did a good job at creating an accurate representation of OCD, as well as showing one way to start overcoming it.

In this post, I wanted to share some of the other best books with characters that have OCD, which I hope can also provide some comfort and bibliotherapy if you’ve been diagnosed with OCD. I’ve also included some of the best self-help books for OCD.

6 of the best books for OCD

1. Turtles All the Way Down by John Green

Turtles All the Way Down is a quirky book about friendship, Star Wars fan fiction, and tuatara. But at its heart is Aza Holmes, a young woman with OCD navigating the ever-tightening spiral of her own thoughts.

On Reddit, Sumerian05 shares: “I can vouch! John Green has OCD so it’s quite accurate. it was a few years ago when I read it but I remember loving it. It’s very funny and enjoyable but be careful when reading it because you might encourage your own OCD to develop the obsessions of the main character. It’s set in first person so often you’re hearing the main character ruminate over her own thoughts and obsessions without any kind of reality check that she’s being obsessive, which can make it seem like she’s being entirely rational. As long as you’re aware of how the book could affect you, I’d definitely recommend it!”

2. The Goldfish Boy by Lisa Thompson

In this young adult book, Matthew Corbin’s severe obsessive-compulsive disorder has meant he hasn’t been to school in weeks. To pass the time, he observes his neighbors from his bedroom window, making mundane notes about their habits as they bustle about the cul-de-sac. But one day, this lands Matthew at the centre of a high-stakes mystery. Matthew is the key to figuring out what happened and potentially saving a child’s life… but this means exposing his own secrets, and stepping out from the safety of his home.

3. Because We Are Bad: OCD and a Girl Lost in Thought by Lily Bailey

This is a lyrical, poignant memoir by a young woman about her childhood battle with debilitating obsessive-compulsive disorder, but also her hard-won journey to recovery.

In this young adult novel, Samantha McAllister looks just like the rest of the popular girls in her junior class. But hidden beneath her perfectly-manicured appearance is a secret that her friends would never understand: Sam has OCD and is consumed by a stream of dark thoughts and worries that she can’t turn off.

In a Reddit thread about the best books about OCD, Flashy-Ad5517 shared this about Every Last Word: “It’s definitely a YA novel, but by far my favorite representation of pure O, and not just cleaning or counting like OCD is usually presented as. It’s also just a sweet book overall.”

This classic has helped more than 400,000 people defeat obsessive-compulsive behavior thanks to the author’s four-step method for overcoming OCD which is now used in academic treatment centers throughout the world. Using the real-life stories of actual patients, Brain Lock explains this method and provides readers with the inspiration and tools to regain control of their lives.

6. The Mindfulness Workbook for OCD: A Guide to Overcoming Obsessions and Compulsions Using Mindfulness and Cognitive Behavioral Therapy by Jon Hershfield and Tom Corboy

Combining mindfulness practices with cognitive-behavioral therapy (CBT), The Mindfulness Workbook for OCD offers a practical and accessible self-help tool for managing the unwanted thoughts and compulsive urges associated with OCD. In this new edition, there are plenty of helpful new meditations, updated information, and chapters on emotional and mental contamination, existential obsessions, false memories, and more.