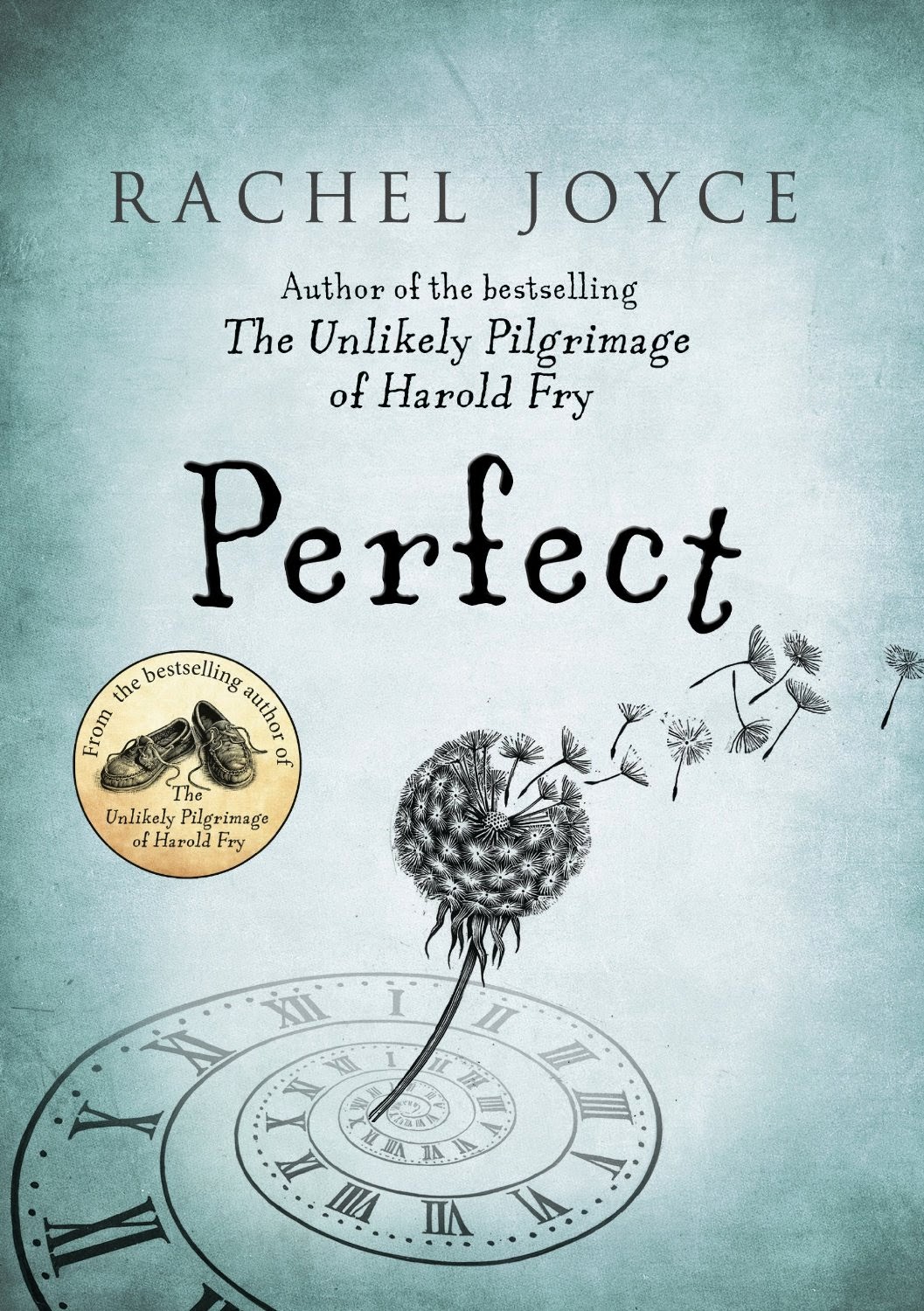 I’ve written before about Obsessive Compulsive Disorder (OCD), although not in terms of books which could provide sufferers with characters to relate to and feel reassured by. However, Rachel Joyce’s latest novel, Perfect, has got me thinking about this.

In 1972, two seconds were added to time. It was in order to balance clock time with the movement of the earth. Byron Hemming knew this because James Lowe had told him and James was the cleverest boy at school. But how could time change? The steady movement of hands around a clock was as certain as their golden futures.

Then Byron’s mother, late for the school run, makes a devastating mistake. Byron’s perfect world is shattered. Were those two extra seconds to blame? Can what follows ever be set right?

Perfect is a wonderful novel about childhood friendship and growing up, but there’s also a darker side to the book. Chapters alternate between the story of friends Byron Hemmings and James Lowe, growing up affluently in the seventies, and the modern perspective of Jim, who works in a supermarket cafe after Besley Hill, the psychiatric hospital he had grown to depend on, closes down.

Jim faces a daily battle with OCD, which I’m relieved isn’t presented as impeccable tidiness or the habitual lining up of socks. Rather, Jim’s compulsions and routines are devastatingly painful for us to witness, and are clearly rooted in the author’s research of the disorder.

In the childhood chapters which interrupt Jim’s story, we’re left to wonder whether Byron or James will grow up to become ‘Jim’ and suffer from severe OCD. James, on the one hand, is extremely meticulous in almost all aspects. He excels at schoolwork, turns to lists for problem-solving, and often encourages Byron to be more logical and precise.

‘But that’s not logical, James.’

‘Actually it is very logical, Byron. I am not leaving anything to chance.’

Alternatively, life for Byron moves from a fairly regular upbringing (despite a generally absent father) to traumatic as the book progresses. We’re also left unsure about the mental health of his mother, Diana, who seems ‘perfect’ on the surface but, underneath, deeply troubled.

She polished the kitchen floor every time the children crossed it, if only for a glass of Sunquick. But to be so perfect requires constant vigilance and the effort was beginning to take its toll.

Although the story becomes a little weak towards the centre of the book, Rachel Joyce should be applauded for her treatment of mental health in this novel. Joyce underlines that it can affect anyone (or most of us), whether unexpected or with cause, and I don’t feel she underplays at all how difficult life with mental illness truly can be. Obsessive Compulsive Disorder isn’t often discussed in fiction (and if so, usually not well), but Rachel Joyce has successfully changed this thought for me.

Here are some reasons why I think Perfect could be a useful novel for OCD sufferers to use as bibliotherapy (alongside professional help and healthy living):

He feels bigger than the rituals; they are just a part of him, like his leg is a part of him, but not the whole person. Maybe one day he will even stop.

The following novels also have characters which may be perceived as having OCD (taken from LitTherapy):

Retreat Into The Sanctuary & Find Your Way With Comforting, Gentle Wisdom

10 books to feel better with on difficult days
A complete guide to bibliotherapy to heal yourself with books
The 28 books that stopped my worrying, sent me travelling, and shaped who I am today
Books for Living: a reader's guide to life by Will Schwalbe - a reminder to slow down and savour lif...
10 books that helped me through trauma & PTSD
8 books to appreciate how beautiful life really is
7 soothing self-care books to relax and unwind with
8 recommended books if you don't know what to read right now
12 calming books to help you take a deep breath and relax
Retreating into a Book for Bibliotherapy: 8 of the Best Retreats in Fiction