I read The Little Prince by Antoine de Saint-Exupéry some years ago, but I’d never looked into the author’s life or other works. This recently changed, however, thanks to the wonderful intertextuality of Donna Tartt’s The Goldfinch. After Wind, Sand and Stars was shared between friends in the novel, I visited my local bookshop to pick up the copy that I hoped was still on the classics shelf.

Thankfully it was, alongside two copies of Tartt’s The Secret History that I’d been unable to get in Waterstones (all hail independent bookshops). The bookshop owner, who I know well, told me that he always has a copy of Wind, Sand and Stars in stock, and was surprised that I hadn’t read it before. 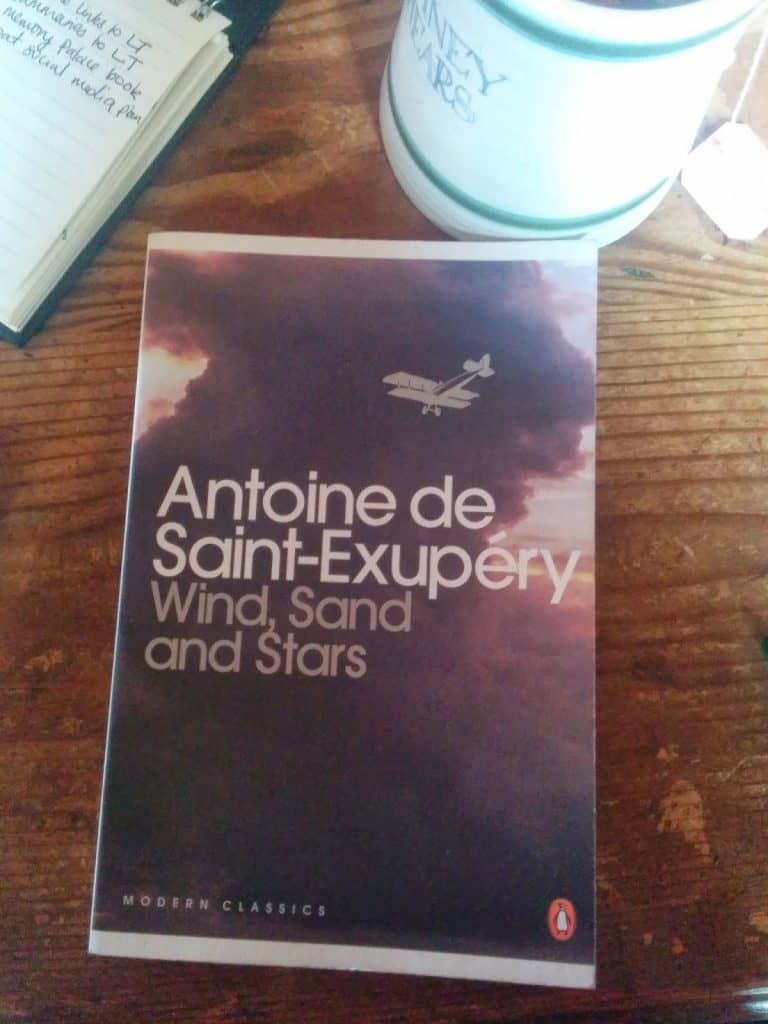 Wind, Sand and Stars is a remarkable non-fiction tale of Antoine de Saint-Exupéry’s life as a pilot, featuring encounters with nomadic Arabs and the 1936 crash in the Libyan Desert that he miraculously survived. Perhaps this near-miss is why Saint-Exupéry writes about life and death with such skill and insight; a talent that reminds me of León Felipe’s poetry from around the same time.

“The squall has ceased to be a cause of my complaint. The magic of the craft has opened for me a world in which I shall confront, within two hours, the black dragons and the crowned crests of a coma of blue lightnings, and when the night has fallen, I, delivered, shall read my course in the stars.”

Saint-Exupéry’s narrative of searching for missing co-pilots (and being lost himself) was quite sad to read considering the present backdrop of flight MH370, especially as, judging by news headlines, it seems to have come to a sombre close this afternoon.

Also unfortunately fitting is Saint-Exupéry’s cause of death at the controls of his plane in 1944, something that I only learned about upon picking up this book.

I think that there are many other elements of life that Wind, Sand and Stars could apply to, not just those related to air travel. In The Goldfinch, protagonist Theo Decker reads the autobiographical narrative during a time of closure on the bus from Los Angeles to return home. I also read it while travelling, foremost on a trip to London last Wednesday that required more than a little courage.

Have you read Wind, Sand and Stars? I’ll choose it as my bibliotherapy recommendation for this month, particularly suited for anyone with changes going on who could do with stepping back to see the bigger picture. It’s an incredible book that demands much more than one reading.

“It is in the compelling zest of high adventure and of victory, and in creative action, that man finds his supreme joys.”

The Priory of the Orange Tree: an entrancing story of dragon riders, courage & adventure
Tolstoy's Pierre Bezukhov on why being knocked off course is "only the start of something new and go...
15 books that have helped me and others through lockdown
8 books about courage to help us craft and change our worlds
Marina Keegan on Finding Hope & the Courage to be Creative
Cutting for Stone is a book I should have read years ago
Have courage like Arya and sail beyond the sunset (what is west of Westeros?)
Educated by Tara Westover and how learning can change the course of a life
"Life – her life – depended on self-discipline": Reading Elephant Moon by John Sweeney to rediscover...
I Am Pilgrim by Terry Hayes: One of The Best Thrillers Ever Written?
Post Views: 1