My love for crime fiction has been left largely unsatisfied during my adult reading life. Each time I pick up a great crime or detective novel I promise myself to read more, but I’ll then leave months before starting another.

However, I think that reading Robert Galbraith’s Cormoran Strike series is changing this. The Cuckoo’s Calling was one of my favourite books of last year, and The Silkworm didn’t let J.K. Rowling down as Robert Galbraith. The sequel did start off slow, but soon everything started falling into place.

Here’s a quick introduction to the novel:

When the eccentric novelist Owen Quine goes missing, his wife calls in Cormoran Strike as private detective. At first it seems like a simple case of Quine going off by himself for a few days like he has before, but as Strike investigates, evidence appears to the contrary. Quine has just completed a manuscript featuring poisonous pen-portraits of almost everyone he knows. If the novel were to be published, it would ruin lives. Yet while the novel is silenced, the author is found under horrific circumstances…

To help you get a wider view of the novel, Galbraith also cleverly chooses this epigraph by Thomas Dekker:

blood and vengeance the scene, death the story,
a sword imbrued with blood, the pen that writes,
and the poet a terrible buskined tragical fellow,
with a wreath about his head of burning match instead of bays.
―Thomas Dekker, The Noble Spanish Solider

Based on my own reading, here are some reasons why I think you should read The Silkworm: 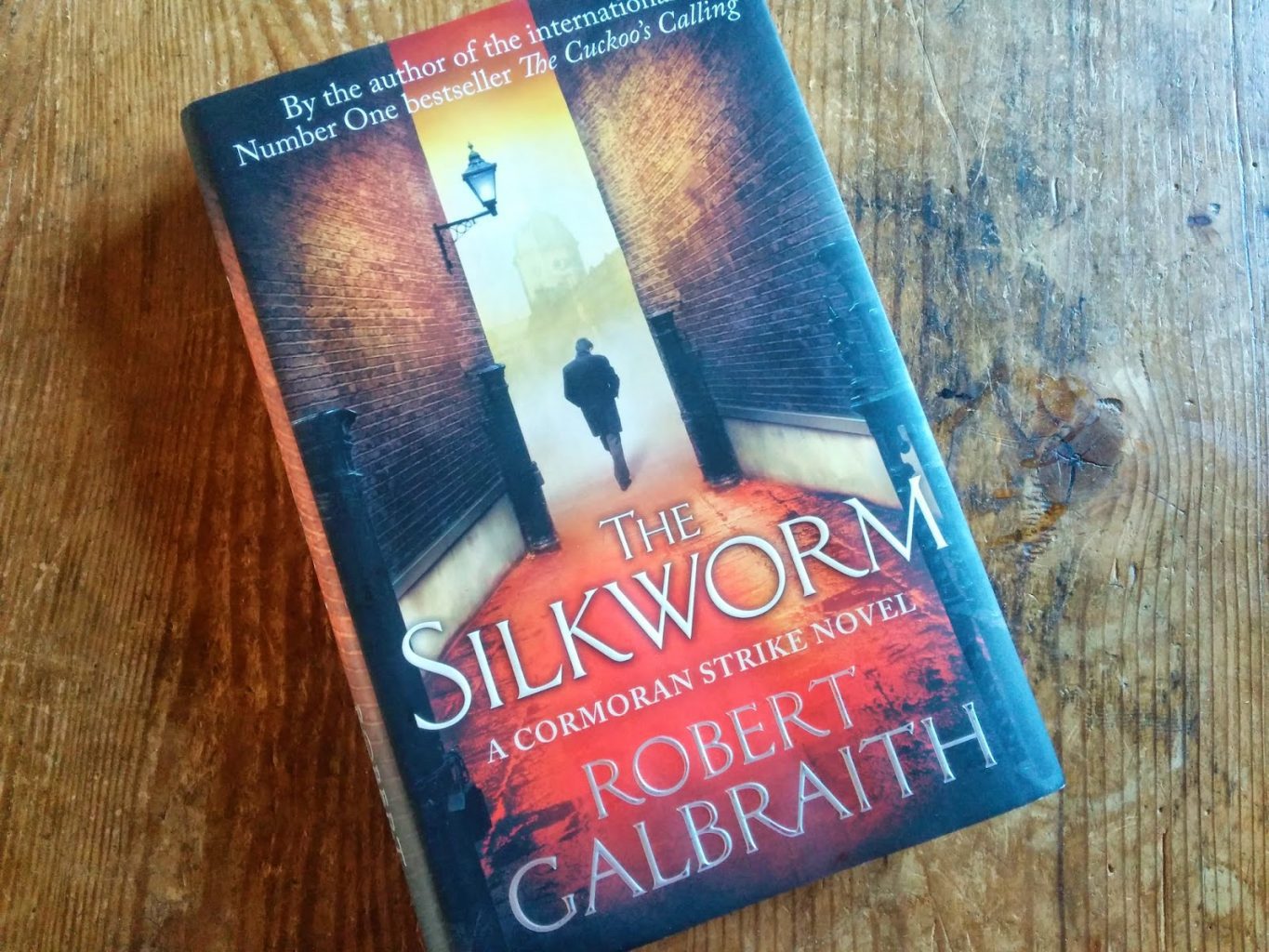 1. It’s a fascinating take on the streets of London

The constant mapping of characters onto London streets, as well as famous bars and restaurants, has been slightly criticised in some British reviews of The Silkworm. However, I thought it was brilliantly done. Living not far from London, I loved the real and intricate geography of the book.

2. Like The Cuckoo’s Calling, references to the classics and Jacobean literature are everywhere

Every chapter starts with a quote from the likes of John Lyly, Ben Jonson and John Webster. These are so cleverly chosen, and I’m sure they’ll evoke in many a reader the desire to learn more about the lives and work of Jacobean writers.

3. We get a fascinating insight into the British literary world and publishing circles

“The whole world’s writing novels, but nobody’s reading them.”
― Robert Galbraith, The Silkworm

4. Cormoran Strike and Robin Ellacott are like the modern Sherlock Holmes and John Watson

I’m a great fan of Sir Arthur Conan Doyle’s work, as well as ever-so-slightly obsessed with the BBC Sherlock adaptation. Galbraith has done marvellous work to create this modern reflection of Holmes and Watson.

Robin Ellacott must be one of my favourite characters of the moment. I could often relate to her curiosity and desire to learn,  as I’m sure many of you readers would too. Attention to her good looks does tend to overshadow her intelligence at times, but perhaps this will change in future novels.

6. We’re asked to make deductions of our own

Behind the scenes of The Silkworm, there’s Robert Galbraith, J.K. Rowling, and ourselves as reader. We’re left making our own Sherlockian deductions with the clues we’re given, but we’re left guessing right up until the end. That makes for a great reading experience.

7. Strike isn’t your typical hero (or even detective)

As well as being a war veteran and amputee, Cormoran Strike stands out from any crowd – there’s little that’s subtle about the detective.

8. There’s a superb play on introversion versus extroversion

Throughout The Silkworm, I found myself dividing characters into two camps: the publicity-hungry and the quiet and scheming. I was also so excited to see that Rowling thanks her editor, David Shelley, as “stalwart supporter and fellow INFJ” in the acknowledgements. I love it when figures I admire admit their own Myers-Briggs personality class (I know, it’s probably not accurate). I’m an INTJ, by the way.

9. You want to know what happens after The Cuckoo’s Calling

If you enjoyed book one of The Cormoran Strike series, you’ll probably want to give The Silkworm a go at some point. After reading both, I’m tempted to start again from the beginning…